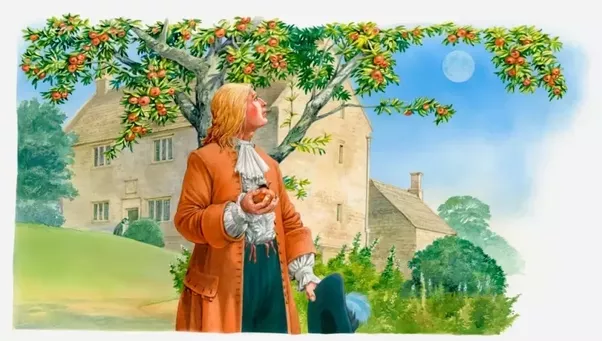 There are a lot of stories around how artificial intelligence has been helping Physicists in solving Physics problems. They have been helping Physics researchers in every field from Nano Science and Material Science to Astrophysics and Particle Physics. They are helping them eliminate repetitive, mundane tasks, and are also assisting them with certain expert-level data analysis.

Futurist Gray Scott says, “There is no reason and no way that a human mind can keep up with an artificial intelligence machine by 2035.” On his show titled Futurist Now, Gray had talked about AI and said that we are going to enter a future where machines teach other machines faster than we can — and without our help.

A recent research by Tailin Wu and Max Tegmark of the Massachusetts Institute of Technology (MIT) called and AI Physicist, says that AI could develop known Physics laws within a short while. The AI is based on unsupervised learning and was made to derive known laws of Physics and it was found out that it correctly derived them.

Their attempt was to improve unsupervised learning using four strategies that they say has a history in Physics: divide-and-conquer, Occam’s razor, unification and lifelong learning. They believed that if the AI is made to learn everything, all kinds of data, the dataset becomes chaotic and it becomes more difficult to solve a problem for the AI. They let their AI learn from the environment, everything from unsupervised observation of trajectories through worlds involving random combinations of gravity, electromagnetism, harmonic motion and elastic bounces. They found that it learns faster than a standard neural net involving complex datasets. It could identify domains with different laws of motion also for a nonlinear chaotic double pendulum in a piecewise constant force field.

The figure is the architecture of AI Physicist. All theories are trained via the ‘divide and conquer’ strategy. Story hub stores the learnt and organised theories. It has the following two organising strategies:

AI Physicist copied tricks learnt by Physicists over the century from the 40 mystery worlds that were created and that followed the laws of Physics. So a ball thrown into one of these worlds might initially fall under the force of gravity into a region governed by an electromagnetic potential, then into a region governed by a harmonic potential, and so on. Whether they can derive Physics laws by looking at where the ball moves, was their whole moto.

Testing their agent in the mystery worlds involving random combinations of gravity, electromagnetism, harmonic motion and elastic bounces, the researchers found that divide-and-conquer and Occam’s razor strategies could identify domains with different laws of motion.

AI has proved in solving or performing some of the most complex experiments in the past. The Australian National University (ANU) and UNSW ADFA had an AI that replicated the Bose-Einstein condensate experiment, a theory that was discovered in 1924 and had taken 70 years for researchers to practically perform it. There has also been an AI called the Eureka machine which could work out the laws of nature by only observing the nature around it.

On the other hand, Physicists themselves have taken help from AI numerous times. Particle Physicists at CERN for example, have been using AI to detect new particles, or even for solving its collisional deluge. A lot of Astrophysicists too are seeking help from AI to analyse complex celestial data.

Do Physicist Need To Be Afraid?

“The true delight is in the finding out rather than in the knowing.” These lines from Isaac Asimov’s book of Science and Nature questions completely sum up the lifeblood of Physicists — or any researcher for that matter.

A research in any field involves a series of trial and error. Since this new AI could forgo that and build laws within no time, with no difficulty and challenges that the scientists had to go through. This is definitely not of a good sign for Physicists. If now machines can do in minutes what they could do in days and ages, where is the essence of research?

Researchers choose academia because they like the challenges that come through them and can discover ways to tackle them. If such an AI replaces Physicists in the future, there will be no meaning of having researchers. AI has been working alongside Physicists so far, but with the advancement that they have shown in the past couple of years and with the success that they’ve had in solving some of the controversial problems in physics, they sure have an ability in the far future to reduce the job opportunities for Physicists, if not curb them entirely.

Artificial Intelligence And Its Potential Power Of Deconstructing Abstract Thoughts