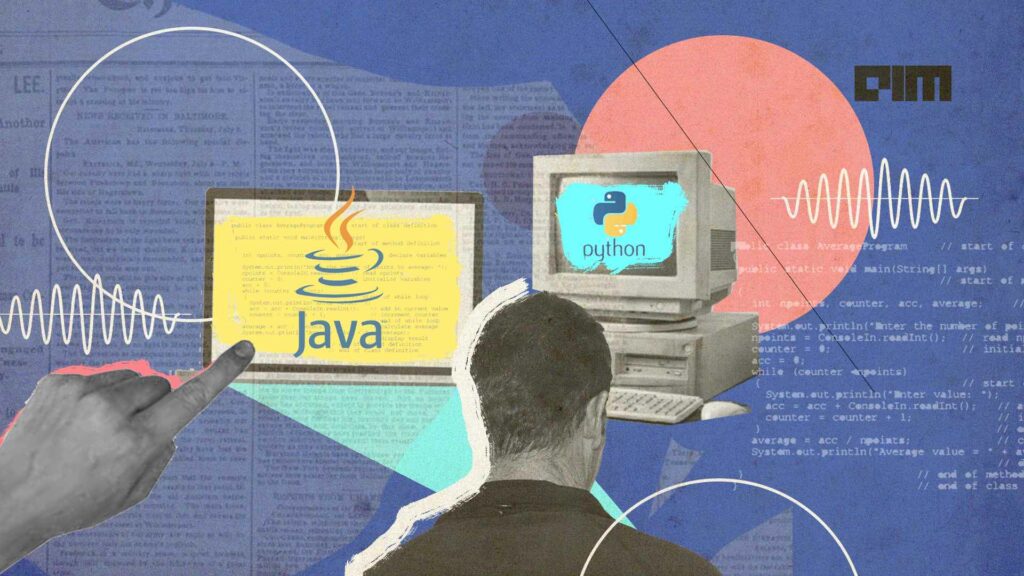 Java, another object-oriented programming language, was designed by James Gosling and was first released on May 23, 1995. Java has some low-level facilities similar to C and C++, but it is essentially a high-level language and is mostly used for client-server web applications.

One of the key differences between Java and Python lies in their syntaxes. In Java, a programmer has to define the data type of a variable when writing the code. And this data type cannot be explicitly changed; it remains the same throughout the life of the program. Therefore, this feature makes Java a strongly typed language.

In the case of Python, the data type of a variable is defined automatically at the runtime. Additionally, it can be changed throughout the program’s life, making Python a dynamically typed programming language.

Dynamic typing not only allows ease of usage but also ensures lesser lines of code. Additionally, Java comes with very strict syntax rules — missing a semicolon here, or forgetting enclosing braces there, will result in an error during compilation. Python, on the other hand, does not follow such complex programming structures, and thus, it wins the syntax game since it is easier to learn and use.

When it comes to speed, Java takes less time to execute source code than Python. This is owing to the fact that Python is read line by line; that is, it is an interpreted language. This feature makes Python slower than Java in terms of performance. In fact, in a Python program, debugging occurs during the runtime. Java, on the other hand, performs multiple computations at the same time.

Both Python and Java offer a list of libraries to support data science, data analytics, and machine learning tasks.

The list of the top Python libraries available for data science in 2021 can be checked here.

Additionally, when researchers build their own libraries, they upload them on open source platforms such as GitHub. The humongous developers’ community support makes Python more suitable for machine learning applications.

Secondly, since Python’s learning curve is not as steep as Java’s, machine learning programmers, especially beginners, prefer the former over the latter. In fact, Python is considered a ‘beginner’s language’ Most of the online learning courses on machine learning and data science usually push for Python for its beginner-friendly features, making it all the more popular in the data science community.