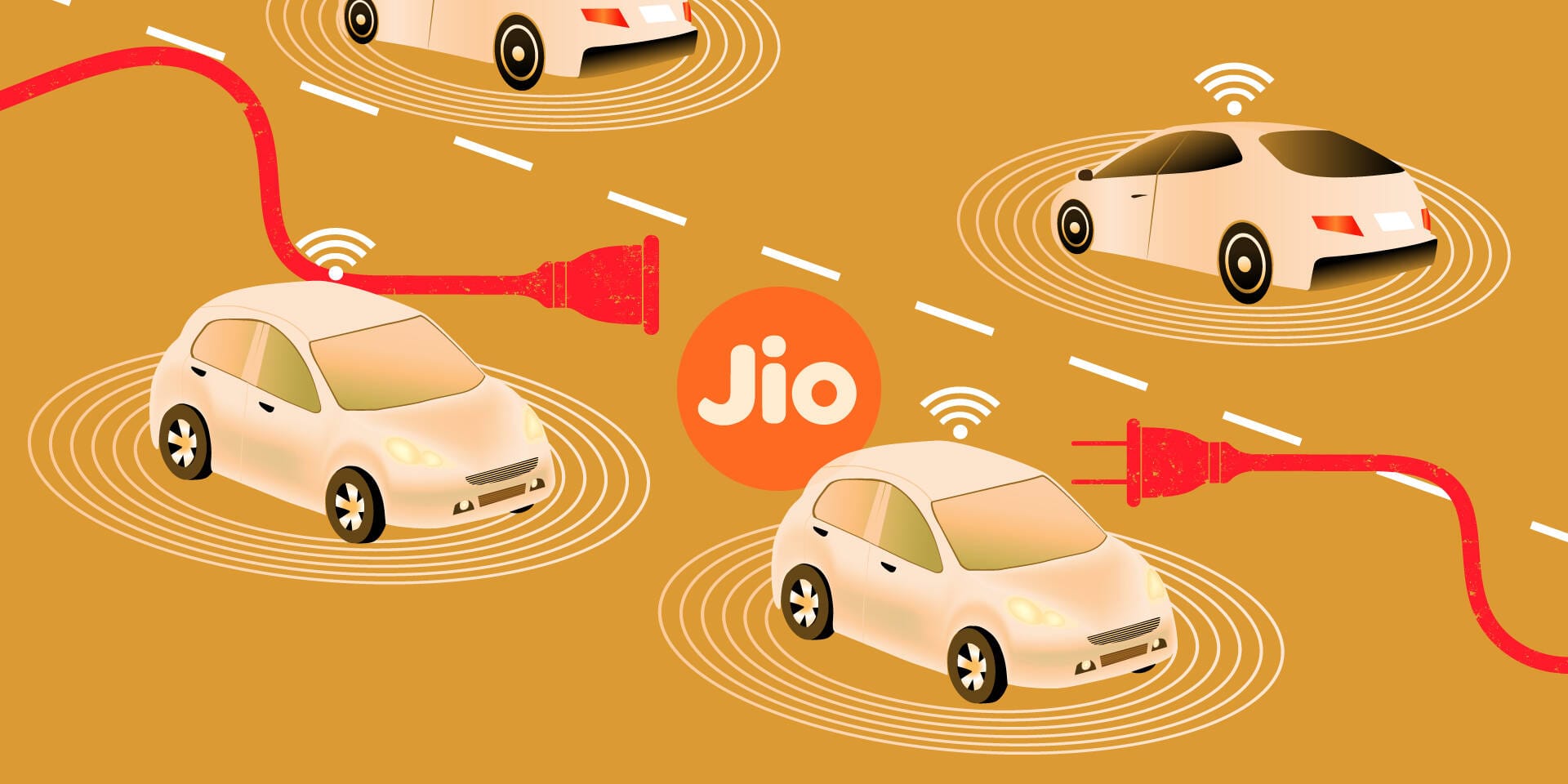 Reliance Jio Infocomm is finally rolling out its connected car technology at the 15th edition of Auto Expo that begins at India Expo Mart in Greater Noida, Uttar Pradesh. The telecom giant is aiming to become India’s first major telecom company to expand its market to connected cars, a highly competitive yet nascent market across the globe.

Jio has been discussing the importance of connected vehicles, particularly in the context of IoT solutions for the last three years. According to reports, Jio has been developing its connected car technologies for more than a year at its campus in Navi Mumbai.

Jio’s fast growth in 4G services and soon to be launched 5G will corroborate with its connected vehicle solutions. Experts have vowed that 5G, combined with more powerful computer chips, will bring in the perfect time for IoT and edge computing in the near future. For telecom players, the connected devices market seems like a natural extension. Mukesh Ambani also called IoT a key growth engine for the company. On the other hand, the slowing car sales in India could be a cause for concern for the connected car solutions market targeted at end consumers.

IoT technology has been one of the tech areas most telecom companies have been trying to capture since it has applications in transportation, manufacturing, home automation, etc. According to reports, Jio will showcase a vehicle tracking system for transport service and logistics players, and will showcase the role it will play for connectivity, network and technology for connected cars. Also, the company has been working on its enterprise solutions, cloud network, and hardware solutions, all of which will help in creating a powerful connected vehicle solution needed for the scale in India.

Will This Could Be An Extension Of Jio Car Connect?

According to Jio, Car Connect is a combination of a hardware device and a mobile app aimed to connect 90% of the cars on the Indian roads by the year 2020. The solution was powered by OBD (Onboard Diagnostic Device) with a Jio SIM inside, which will be connected to the ODB port of the car. The OBD would be giving users access to the entire ecosystem of Jio Apps – Jio Music and Jio Cinema .etc. Apart from ODB devices, Jio at the Auto Expo showcased hardware solutions based on AIS 140 standard and include door and fuel sensors and a panic button for drivers and passenger safety.

The Jio Car Connect mobile app could also display users’ vital car information like oil stats, water levels, fuel info, battery status .etc. The OBD device, paired with a Jio SIM card, will also give you the exact location of the car, which can be a useful feature in case of a theft or an accident with geo-fencing. Reliance Jio Infocomm had also signed a contract with US-based AirWire Technologies (AirWire) to manufacture the Jio Car Connect device to customers for narrow-band IoT network.

Could Connected Car Services Be The Next Big Thing For Telecom?

Connected cars with embedded eSIM technologies making the cars function like smartphones, and therefore it requires operating systems, apps, infotainment, and cybersecurity. In addition to sensors and LIDAR technologies, car systems can also perform real-time analytics and telematics for predictive maintenance, route planning, road safety and much more. All of this would need not just fast internet speed but also on-the-go computing at the edge services. The largest players in this segment are automated car manufacturers like Tesla, traditional car manufacturers who are rising to the occasion like Ford, big tech companies like Google and Amazon, and telecom companies like AT&T and Jio.

Other telecom companies in India such as Vodafone, Idea, and Bharti Airtel have also been active in connected car technologies given they have witnessed drastically reduced revenue from core telecom services like voice and data consumption. As part of its connected market strategy, Airtel had announced that the auto sector is a key focus area for which the company is building platforms through partnerships for connected cars. Airtel also owns a separate, independent IoT vertical which has partnered MG Motors for its Hector car wherein it introduced an IoT solution with features like vehicle telematics, navigation, and infotainment services, along with an embedded IoT SIM.