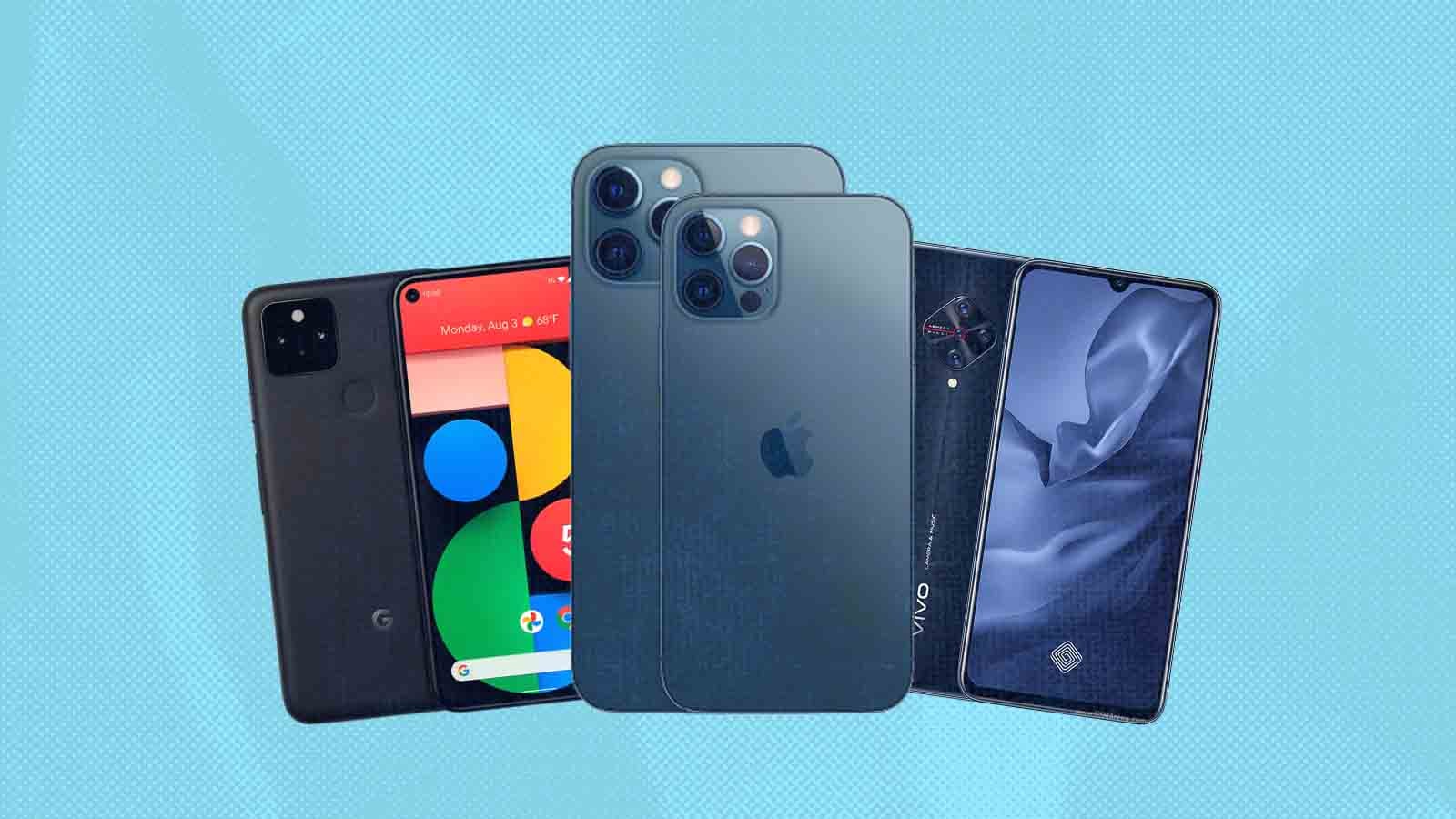 As per internal estimates by CyberMedia Research in 2018, in the coming years, the number of AI-enabled smartphones will grow significantly. The report also said that as many as three of five smartphones shipped in 2020 would have AI capabilities.

This prediction seems to be true to a great extent as we saw a range of smartphones across brands and price ranges introduced this year that had varying levels of AI capabilities, especially in their cameras.

In this article, we list some of the major releases of this year.

Apple released the newest edition of its iPhones in October this year, iPhone 12 Pro. This smartphone outlines A14 bionic architecture with a 5nm processor technology. Apart from that, the chip boasts a quad-core GPU, a 6-core CPU, and faster machine learning accelerators. Extending its limits of machine learning capabilities, A14 Bionic also features a 16-core neural engine that facilitates an 80 percent increase in performance, meaning it can complete 11 trillion operations per second. Apple claims it to be the fastest chip in a smartphone.

The camera has always been the USPs of iPhones. The 12 Pro version did not disappoint in this respect. Apart from the three lens structures retained from previous versions, 12 Pro comes with a newly introduced LiDAR sensor and AI-powered new A14 Bionic image sensor, which helps the user capture quality images in low-light conditions.

One of the most talked-about AI features in Google’s latest offering; Pixel 5 has to be ‘Hold For Me’. With this feature, the Google Assistant will stay on the call until the human user comes for direct interaction.

For example, on dialling a toll-free number, Google Assistant will wait on the user’s behalf. When a human finally gets on the other side of the line, the phone will alert the user through normal ring or vibration. To prevent the other person from hanging up during this process, Google will ask them to stay on the line.

This feature is powered by Google Duplex and can recognise call-hold music and can differentiate between a human voice and a recorded message.

With its Galaxy S20 series, Samsung has unveiled a new AI-powered camera system which the company claims has the biggest image sensor yet. Its Space Zoom technology uses a combination of Hybrid Optic Zoom and Super-Resolution Zoom that includes an AI-powered zoom.

With the AI capability, the user can zoom up to 30 times on S20 and S20+. In addition to this, the S20 Ultra uses folded lenses which uses AI-powered multi-image processing for users to experience a 100 times clearer view. These phones also come with AI-motion analysis features to make the clips appear to look as if they have been captured on an action camera.

The OnePlus 8T offers a quad-camera system that includes a 48MP camera with optics, a 16MP lens and macro/monochrome lenses for a studio-level photography experience. It includes an advanced video stabilisation system for producing vivid clips. Further, the AI-based Video Portrait mode allows the users to capture vivid clips with a natural bokeh effect that can accurately detect and analyse human presence in the frame and for blurring the background.

One of the most talked-about features in Huawei’s Mate 40 Pro is its ‘reimagined’ NPU that consists of two big cores and a tiny core. The brand claims that the upgraded NPU pushes the AI-capabilities of the phone to newer heights that find application across a range of functions that include camera features, gesture controls and object recognition.

Especially with its AI-enabled gesture controls, users can indulge in touch-free interactions for activities such as browsing through pictures, flipping pages on the e-book, taking screenshots, and to control audio playbacks.

The addition to the Y-series is also the newest offering from Vivo, Y51. A mid-ranged mobile, this mobile offers AI-capabilities largely on two fronts: camera and power.

In the case of the camera, Vivo Y51 comes with an AI-powered triple camera set-up. It has built-in multiple shooting modes and the photo processing algorithm-supported rear camera (48MP resolution). With these features, Vivo claims that users can click clear pictures both during day and night.

In terms of battery, Vivo Y51 comes with an AI power-saving technology, meaning a single full charge can provide over 14 hours of movie streaming or equivalently a 7-hour time on resource-intensive games. As per the company, it also has a reverse charging facility.

Reno4 comes with an AI-enhanced smart sensor that can identify the phone’s owner. It also helps the phone in decision making on how much content to be shown in the notification bar while enabling touchless operation.

With its AI-enhanced smart sensor, Reno4 can integrate functions of N-in-one, including AI assistant, privacy and security, and touchless gesture operation.