The Darwin Platform (from V7 labs) has access to its automated image annotation and neural network training with active learning that create a pixel-perfect annotation, which is 10x faster than traditional tools. 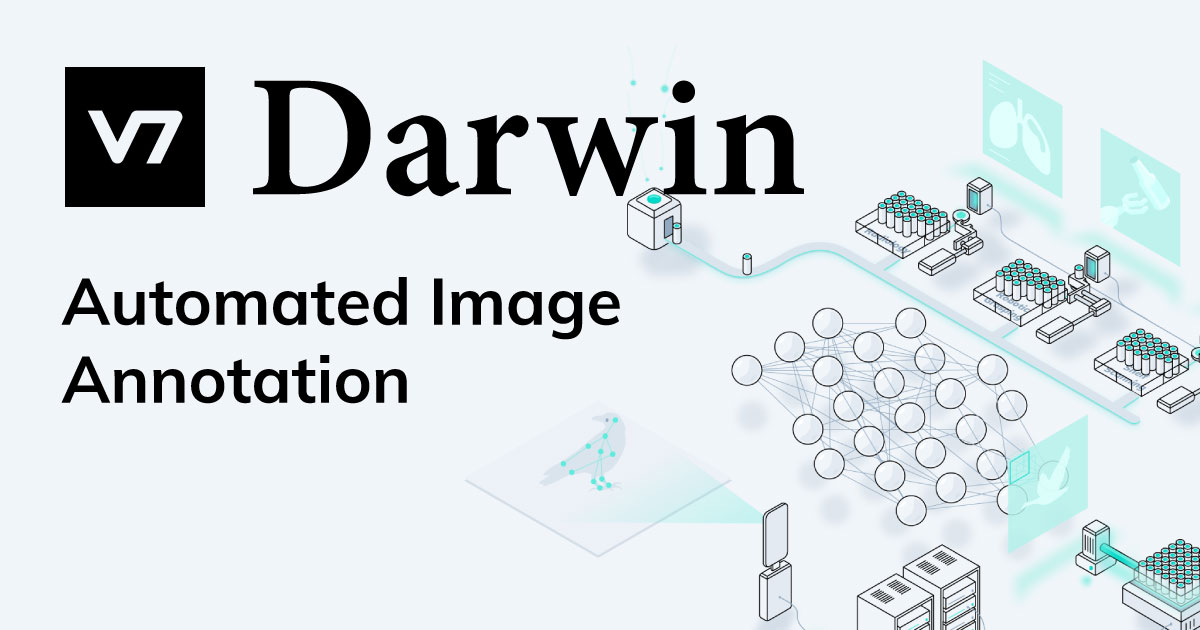 V7 labs provide rapid and most powerful end-to-end computer vision development framework for teams building image and video annotation products. Founded in 2018 by Albert Rizzoli(CEO) and Simon Edwardson(CTO), headquartered in London, United Kingdom. Managing datasets at ground-truth via an intuitive interface, or with powerful API integrations. Maintains crowdsourcing with hundreds of annotators and provides customers with customizable workflow steps. Within a year, V7 claimed to have semi-automatically annotated over 1,000 images and video segmentation to curate datasets. V7 specializes in the areas of healthcare, manufacturing, autonomous driving, sports, life sciences, and agri-tech.

The Darwin Platform (from V7 labs) has access to its automated image annotation and neural network training with active learning that create a pixel-perfect annotation, which is 10x faster than traditional tools. It allows great team collaboration, visualization and has resulted in a massive increase in the efficiency and detail of the labelling process. The API and CLI tools have allowed flexibility to work with the data and model training pipeline. It also scales really well with user’s demands that meet strict compliance and compatibility standards. The active documentation provides details about every toolkit in the framework, which makes it user friendly.

The speed at which V7 darwin works is incomparable to any other platform. The features offered are pixel-level accuracy in labelling and segmentation. Annotator metrics to check the performance of each annotator’s output reported in graphs and exportable CSV files, along with the quality assurance reviews. Better annotation details with sub annotations like adding attributes, text, directional vectors, grouping, and more within each region of interest. The tools using for achieving these are auto-annotator, polygon, brush and eraser, bounding boxes, keypoints, line, ellipse, cuboid, classification tags, attributes, instance tags, directional vectors.

Supports a wide range of file formats to be uploaded such as JPG, PNG, TIF, MP4, MOV, SVS, DICOM. Preview images in a flash, powered by a high-speed Elixir(Erlang-based language to handle massive scale concurrency between millions of users are moving billions of images) back-end. Keeps track of the work in progress with proper versioning. Allows troubleshooting model performance by class representation and instance frequency. It also has an option for advanced search filtering.

Train neural networks and run them from a web dashboard. V7 Neurons is a deep learning inference series of pre-trained for building image recognition applications. V7 in collaboration with Nvidia has launched NJORD GPU engine to deploy models and guarantee 99.99% uptime and infinite scalability. Zero dev-ops engineers needed. Models can be run in a REST API to call from any device in realtime.

For loading dataset using PyTorch, you can check this documentation and for complete CLI and API integration follow this GitHub repository.