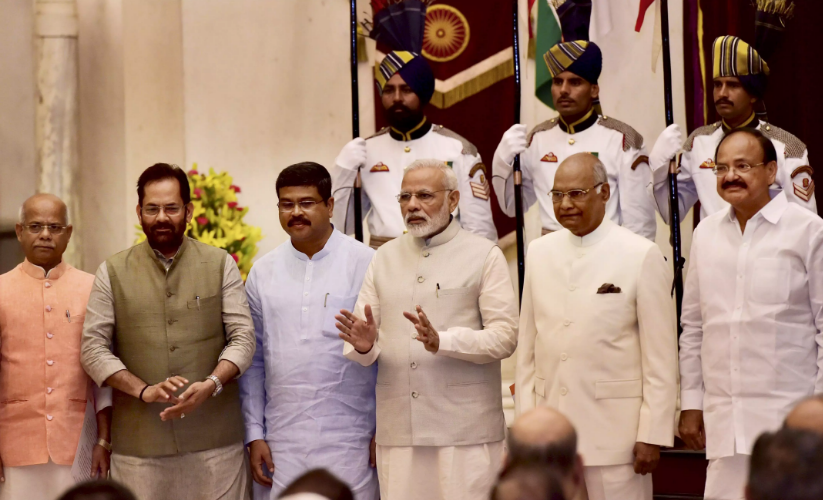 It is no secret that Artificial intelligence has seeped into citizen’s lives. On a larger scale, AI in India has also become a crucial part of numerous government initiatives. The NDA-led BJP government has put enough importance towards new technologies by starting various new programmes. They have also set up an AI Task Force to prepare India for the Industrial Revolution 4.0.

In fact, through a series of events and speeches from his tenure, Prime Minister Narendra Modi is seen to have been deliberately showcasing India as well as his government as technologically-forward.

In an exclusive interaction with Analytics India Magazine, professor Kamakoti Veezhinathan, who heads the AI TasK Force, had explained that the venture was an amalgamation of thought leaders from multiple disciplines — academicians, government officials, corporates and people with other specialisations.

We have listed top 6 Union Ministries who are using artificial intelligence on a very large scale in their operations:

Ministry of Defence: The recently-constituted Artificial Intelligence (AI) Task Force of the Ministry of Defence led by Tata Sons Chairman N Chandrasekaran on submitted its final report to Defence Minister Nirmala Sitharaman on using AI for military superiority. They reportedly have made recommendations on how to make India a significant power in AI, in terms of both offensive and defensive needs, especially in aviation, naval, land systems, cyber, nuclear and biological warfare arenas. Initial tenders or RFIs (requests for information) will be floated over the next two years on dual-use AI capabilities.

Ministry of Information and Broadcasting: A tender released by the Broadcast Engineering Consultants India Limited (BCIL), a public sector enterprise, under the Ministry of Information and Broadcasting recently showcased that the reigning power seems to be taking the public opinion and media seriously. The Government had sent out a proposal looking for a specific “technology platform” which would sense general public emotion by analysing social media posts, blogs and even emails to help boost nationalism and neutralise any “media blitzkrieg by India’s adversaries.”

Ministry of Railways: Indian Railways has always been on the receiving end of criticism for its food catering services. Now with the help of artificial intelligence, these problems will come to a halt, thanks to the transition it aims to bring about in trains. AI will transform the way food is prepared in the trains’ kitchens and pantries. Along with revamping food menu in trains, its catering arm Indian Railway Catering and Tourism Corporation (IRCTC) is also promoting a greener environment with its biodegradable and environment-friendly food containers. The AI project has already been kick-started at the IRCTC headquarters. The facility has installed 16 high-definition cameras which are linked to large monitors for AI vision detection. Pests in these facility will be detected instantly, and the report of these instances will be notified to higher authorities with top priority.

Ministry of Home Affairs: One of the newest projects by the Delhi Police, which falls under the Home Ministry, will be to install India’s first Intelligent Traffic Management System (ITMS). The system will reportedly for creating smart traffic signals, using AI to determine traffic flow, automated enforcement and communication to change the traffic problems in India’s capital. As of now, the first phase is likely to be completed by April 2019.

Ministry of Corporate Affairs: The government is taking strong action against shell companies with the Ministry of Corporate Affairs planning to use artificial intelligence to MCA21 portal to detect finer discrepancies in details provided in company balance-sheets. The ministry had recently taken a drastic step by terminating 2.36 lakh non-compliant companies and investigating their bank account trails.