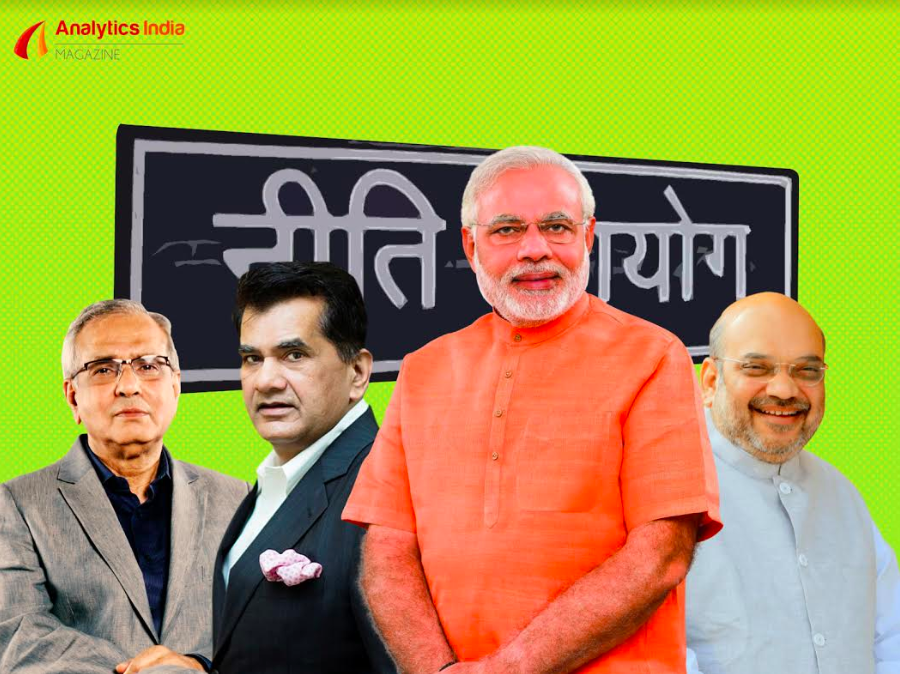 For our Big Story of the month, Analytics India Magazine takes a look back at Prime Minister Narendra Modi’s emphatic electoral win and how the NDA-led government is pushing India’s tech ambitions forward. After their momentous victory last month in the Lok Sabha elections, Modi and the Bharatiya Janata Party (BJP)-led government has been busy making announcements in the tech sector.

Over their 2014-19 tenure, the Modi government has put enough importance towards the technology sector by starting various new programmes and setting up an AI Task Force to prepare India for the upcoming Industrial Revolution 5.0. Through a series of events and speeches, Prime Minister Narendra Modi has been deliberately showcasing India as well as his government as technologically-forward.

The BJP has been giving a great deal of importance to emerging tech and had, in fact, proposed various programmes and new developments in their Lok Sabha election manifesto or the Sankalp Patra. We had done a detailed review and had compared the manifestos of India’s two biggest political parties.

Well before the BJP won the Lok Sabha Elections earlier, PM Modi had asked his party office, the NITI Aayog and Principal Scientific Advisor to prepare the agenda for the first 100 days after the for the next government.

In its manifesto, the BJP had said that the micro, small and medium enterprises would be benefitted by emerging tech. They had said, “Our [BJP] government has taken a major step in expanding ‘Technology Centres’ and we would achieve more than 150 such centres all over the country by 2024. These Technology Centres would help in mentoring skilling and prototyping of MSMEs. They will expose MSMEs to artificial intelligence, robotics, internet of things, virtual reality, blockchain technology and zero defect zero effect.”

“The supercomputer, AI and quantum missions will make India not only Industry 5.0 ready but also a leader… Now we will get the latest technologies to transform Waste to Energy and Wealth in a major mission. We will also strive towards semiconductor manufacturing within the country,” they had added.

Well before the BJP won the Lok Sabha Elections earlier, PM Modi had asked his party office, the NITI Aayog and Principal Scientific Advisor to prepare the agenda for the first 100 days after the for the next government. In this light, Analytics India Magazine is listing down the major developments kick-started by the Government in just over a month:

Stressing on the term agri-scientists, BJP had earlier said that they would enable the development of young minds to take advantage of artificial intelligence, machine learning, blockchain and big data analytics for more predictive and profitable precision agriculture.

Now, Finance Minister Nirmala Sitharaman is set to announce the Centre’s plans to infuse ₹25 lakh crore in the agricultural sector using AI and big data. Reports have suggested that these funds will be generated in association with the private players and will be used over a period of five years.

“In order to enhance agriculture productivity, an investment of ₹25 lakh crore will be made in the coming years”

Sitharaman is expected to make the announcement in the Union Budget for 2019-20 which will include new policies around the extensive use of big data, AI and blockchain technology as means to enable the agriculture sector to get faster and accurate information about weather, prices and other variables.

Other tech initiatives like a mobile app-based system for direct marketing by farmers, a fund for fish and aquatic farming, a village storage scheme of agri-produce and a special plan for using uncultivated rural land for solar farming are also reportedly going to be included in the announcement.

President Ram Nath Kovind had talked about the same earlier this month. He had said, “Large scale investments have been made to strengthen rural India. In order to enhance agriculture productivity, an investment of ₹25 lakh crore will be made in the coming years.”

Earlier this week, the Government announced that they have set a target of doubling the Indian farmers’ income by 2022. The Centre also established an inter-ministerial committee to examine farmers’ issues to recommend a strategy to achieve the goal.

The committee also said that they would be focussing on emerging technology and asserted that it was the only way to achieve a swift transformation in the Indian rural diaspora. Most changes and recommendations by the committee will include AI, big data analytics, Blockchain and IoT among other emerging technologies. Some of their other tech interventions are:

In a move to accelerate tech development in the continent, India and Japan recently launched a new $187 million (₹1,298 crore) fund-of-fund to invest in over 100 tech startups. This fund is to focus on ventures related to AI and IoT. Of the total amount, ¥15 billion or $140 million will be raised from Japanese investors while the remaining will be raised from Indian investors. This move is a part of a collaborative venture by the two countries floated in October 2018, where India and Japan agreed to work extensively in the areas of business, human resources and technology.

Last year, Japan, in association with India’s Nasscom and IIM Bangalore had launched the Indo-Japan Startup Hub in Bengaluru to support Japanese companies and their local operations. The Hub was conceptualised as part of a joint statement signed between the Ministry of Economy, Trade, & Industry (Japan) and Ministry of Commerce & Industry (India) in May 2018.

Ministry of Finance: Anurag Thakur, the Minister of State for Finance and Corporate Affairs, held a pre-budget consultation meeting to discuss the health of Digital India. Their key talking points were:

Interaction with IT experts: The Fifteenth Finance Commission earlier this month discussed the possibilities of:

PM Modi asking to link Yoga with AI for wider outreach: Speaking at the International Yoga day on 21 June, the Prime Minister said, “Just as the software of our mobile phones keeps getting updated, similarly, we need to update the world with new information on Yoga. Therefore, it is essential that we do not keep Yoga limited. Yoga must be linked with medical, physiotherapy, artificial intelligence. Moreover, we have to encourage the private enterprise spirit associated with yoga; only then, we will be able to expand yoga.”

A Day In The Life Of: A CIO Who Is Championing Energy-Efficient Solutions For Modern India