How Is AI Guiding The Navigation Of Autonomous Planetary Rovers 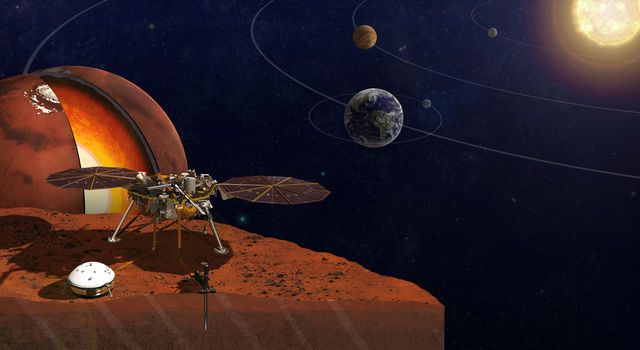 Whether locating a position of a planet or taking pictures, human dependency in planetary rovers might take long hours. With an advanced AI, researchers are developing deep learning algorithms to perform the necessary image observation and shorten the localization process drastically. This article highlights some of the common challenges in the current navigation system and how the use of machine learning can ensure a better future. It is based on a recent research by the University of Glasgow.

The Planetary Rover Navigation (PRN) requires a robot to design a route map consisting of a feasible route map from a starting pose to a final destination in an optimal manner.

Leading Space research organizations like ISRO, NASA, and JAXA are adopting this technique which aids in finding an appropriate direction. This technique can be divided into two scenarios:

This technique focuses on finding high-level routes based on prior knowledge of the surroundings and is valid for generating an optimal high-level procedure for a rover to execute. Yet, this method is incomplete for handling the dynamic environment.

This technique depends upon sensory information to ensure global plans are accomplished exactly and possible collisions are prevented.

Taking into account the execution time, memory over the head, and whether the environment of the search machine is static, dynamic or real-time deterministic, an adaptive feature selection approach to terrain classification, based on the random forest method is presented using a auto-learning framework to train a visual classifier, fundamental aspects of information is extracted from geometric features associated with the terrain.

Additionally, learning based fuzzy and neural network access have made an improvement. These applied sciences focus on the accurate navigation of a mobile robot with adjustable speeds while avoiding local minima. A robot is adept of manipulating through the obstacle by self-learning from experience. These methods illustrate how deep learning techniques can be used to overcome problems associated with the unknown and mysterious celestial bodies exploration.

Machine Learns To Find A Path: AI In Rovers

Since the advancement of AI into space exploration, a number of developed programmes have enhanced the certainty and capability of direction determining procedures. Presently the most crucial area that interests the scientists is the arrangement of high realistic directions for the rovers.

The operation consists of two main steps: graph generation and a pathfinding algorithm. The graph generation problem for terrain topology is acknowledged as a foundation of robotics in space exploration. In this scenario, the route navigation experiments in diverse uninterrupted environments such as known 2D/3D and unknown 2D environments. Each of these experiments has one of the two techniques, skeletonization or cell decomposition.

In the skeletonization procedure, a skeleton formed from the uninterrupted environment. This skeleton apprehends the notable topology of the traversable space by defining a graph G=(V, E), where V is a set of vertices that map to a coordinate in the uninterrupted environment and E is the set of edges connecting vertices that are in the line of sight of one another.skeletonization technique can produce two types of uneven grid, namely, a visibility graph or a waypoint graph.

Cell decomposition technique breaks down the traversable space in the uninterrupted environment into cells. Each cell is commonly represented by a circle or convex polygons that do not contain obstructions. Machines can travel in a straight line between any two coordinates within the same unit.

Further, in the direction finding process, the issue is to return the optimal way to the machine in a dynamic technique. A* is the notable search algorithm for robotics. It was the first algorithm to use a heuristic function to travel a search graph in an optimal first manner, the search develops from the origin node until the objective node is found. A* inspired many modified and improved algorithms.

It is widely accepted that exceptional outcomes were seen with the endeavor of AI into more complex and harsh environments. It is fair to say that adaptive, intelligent and more generalized methods will play a crucial role in gearing up the planetary rovers with the essential facilities to interact with the environment in a truly sovereign way. Though it still remains a challenge for complete accuracy, with the day to day advancements in adaptive self-learning systems the future of the space rovers is assured with accuracy.