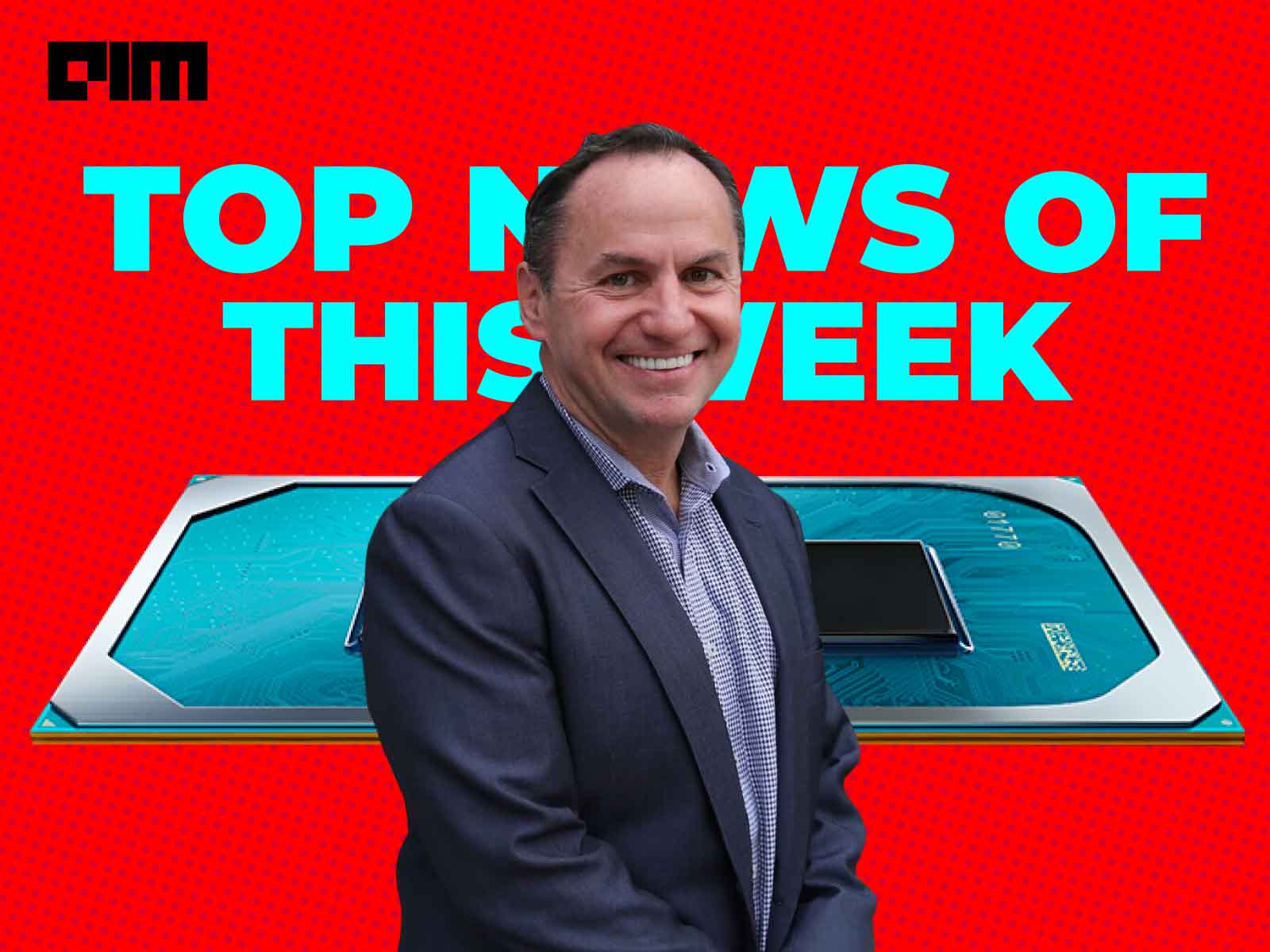 Mega chip makers NVIDIA and Intel flaunted their new toys this week. Intel especially, after their below par quarterly reports decided to make some radical changes. From the look and feel of the company to new hardware launches, Intel left no stone unturned. Read the full story in this week’s top news brought to you by Analytics India Magazine.

Indian Institute of Technology (IIT) Delhi on Wednesday announced that the institute has established an independent School of Artificial Intelligence (ScAI) on its campus. The AI school will commence its PhD program from the next admission cycle, i.e. January 2021. The Tier-I institute is also planning to offer postgraduate (PG) degree courses.

Key objectives of this school include:

Intel Gets A Facelift

After lukewarm quarterly reports, Intel is back at what it does best. This week, Intel unleashed brand new processors for enhanced laptop performance. Intel launched their new 11th Gen Intel Core processors with Intel Iris Xe graphics (code-named “Tiger Lake”). Intel calls it to be the world’s best processors for thin-and-light laptops for real-world productivity, collaboration, creation, gaming and entertainment across Windows and ChromeOS-based laptops.

A U.S. appeals court rejected Oracle Corp. ‘s challenge regarding the controversial $10 billion JEDI contract, which was awarded to Microsoft Azure last year.  Oracle alleged conflicts of interest involving Amazon.com Inc., and claimed that the Pentagon set up the contract so as to award it to a single firm. The U.S. Court of Appeals for the Federal Circuit on Wednesday affirmed a lower court ruling that Oracle wasn’t harmed by any errors the Pentagon made in developing the contract proposal because it wouldn’t have qualified for the contract anyway.

The win over Oracle might give some breathing space to the Pentagon as they prepare to tussle Amazon’s lawsuit regarding the same cloud computing contract!

On Tuesday, the Global Partnership on AI revealed their plans of incorporating Responsible AI.   Launched in June 2020, GPAI is a voluntary, multi-stakeholder initiative with a permanent focus on AI, with a founding membership that covers 2.5 billion of the world’s population. The working group co-chaired by Yoshua Bengio and Raja Chatila wrote a blog post detailing their objectives. The Working Group consists of 32 experts from over 15 countries including India, Slovenia and Mexico. The group claims to have a wide range of expertise including philosophy, computer science, policy and ethics, resulting in varied viewpoints and robust discussions.

In support of the Working Group’s mandate, wrote the cp-chairs, they are now launching a project that will lay the groundwork for GPAI’s future ambitions on Responsible AI. The results from this first project will be delivered at the GPAI’s first Plenary to be held in December 2020.

Jensen Huang, CEO and founder of NVIDIA, has unveiled its all-new GeForce RTX 30 Series GPUs. Huang made the announcement from the kitchen of his Silicon-valley home as he also spoke about some of the new tools for GeForce gamers.

The GeForce RTX 30 Series GPUs is the second-generation RTX GPUs that includes the trio of new RTX GPUs — the flagship GeForce RTX 3080, the GeForce RTX 3070 and the “ferocious” GeForce RTX 3090. During the virtual launch event, he claimed that this series is delivering the “greatest generational leap” in the company’s history.

The series is powered by the NVIDIA Ampere architecture, also known as the largest 7-nanometer processor in the world. NVIDIA claims that the GeForce RTX 3090, 3080 and 3070 GPUs have the capability to deliver up to 2x the performance. It is also said to provide 1.9x power efficiency over previous-generation GPUs. Read the full story here.

The Three Body Problem Gets A Nod From Netflix

In Physics, the 3 body problem is considered to be one of the most unsolved significant problems so far. 3- body problem deals with predicting the trajectory of an object in space. The applications are plenty; can be used for interplanetary voyages. Last year, researchers used neural networks to try to solve this problem. Now with a new show getting greenlit, we can expect more interest into this unsolved challenge.

“It is a great honor as an author to see this unique sci-fi concept travel and gain fandom across the globe and I am excited for new and existing fans all over the world to discover the story on Netflix,” said Cixin Liu, author of the book.

Google has announced that it is partnering with the Central Water Commission of India to send real time flood alerts. With the help from CWC, Google is collecting data starting with the Patna region. Google is using AI and their in house computer capabilities to accurately forecast a potential flood scenario and then alert the public through Google Public alerts.

Google Cloud announced that the US Defense Innovation Unit (DIU) will be availing their cloud services to develop AI-enabled digital pathology solutions at select defense facilities. This project includes the delivery of augmented reality(AR) microscopes to medical facilities and access to AI that can help military doctors with cancer detection tasks on multiple disease areas.  The Defense Health Agency spends approximately $1.7 billion of its annual budget on cancer research, and this collaboration with Google Cloud can come in handy.