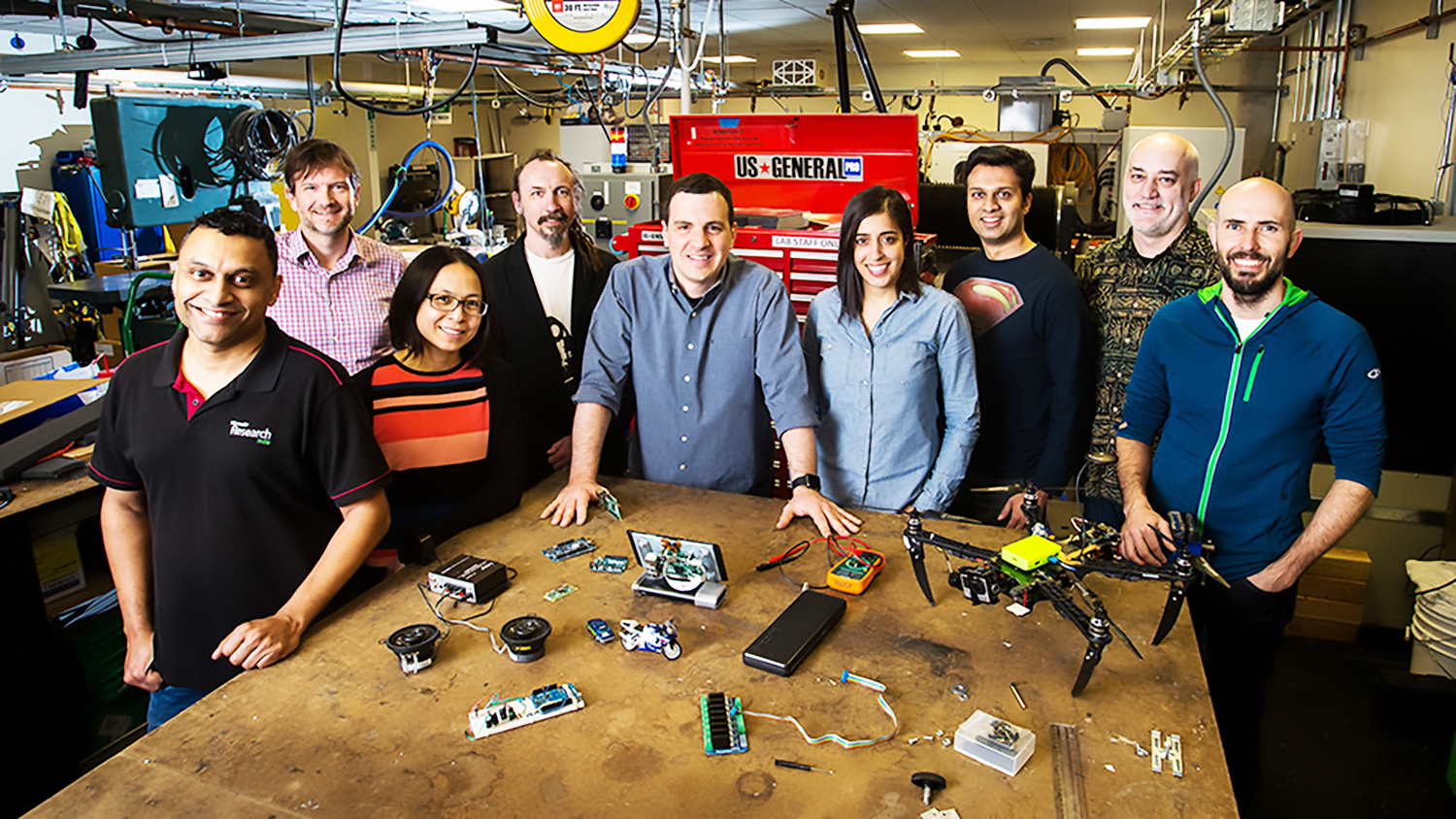 Microsoft is all set for a big AI leap into tiny devices, as is evident with its team infusing artificial intelligence onto a Raspberry Pi. They are further working on systems that can run machine learning algorithms on microcontrollers as small as a speck of red pepper flake. The idea that got Ofer Dekel lead a team at Microsoft’s research lab in Redmond, Washington is as simple as protecting his garden and seeds from the bird feeders!

A computer science researcher, managing the Machine Learning and Optimization group at the company, Dekel trained a computer vision model to detect squirrels and deployed code into Raspberry Pi, that could keep a watch on plants and trigger a sprinkler whenever it detects unwanted activity, hence protecting them from unwanted intruders.

The idea here is to develop new class of machine learning software and tools that can embed artificial intelligence onto tiniest computer processors. Dekel, along with a team of about 30 computer scientists, software engineers and research interns at Microsoft’s research labs in Redmond and Bangalore, are already working to make it possible. According to a post by the company, early previews of Raspberry Pi sized machine learning and training algorithms are available on GitHub, where developers can try them out.

The Satya Nadella led Microsoft has in the recent past shown a keen interest in AI with key big announcements like acquisitions of AI startups—Agolo and Bonsai, to make a strong presence in this area. As AI is becoming more pervasive, the Indian born CEO is playing up collaboration between machines and humans as a part of the rethinking bit.

The need to feed intelligence into tiny bits-

Before you start tickling your curiosity bone on what is the need of infusing intelligence into tiny device, we want you to know that technological diaspora is not totally bereft of this concept. If not totally tiny, there are devices such as sensors in the current scenario that can collect data and send it to machine learning models running in the cloud. However, the disadvantage of this is that the processing requires a lot of power in data crunching along with occupying a lot of storage space.

This is where the team at Microsoft is playing a big role. They are working in the direction of shrinking the computing time for machine learning and making it more effective, so that it can be run on all the devices. It is also trying to do away with the need of internet connection, which is an essential component of the intelligent devices currently.

As Manik Varma, a senior researcher with Microsoft Research India and a co-leader of the project says, the dominant paradigm is that these devices are dumb and they transmit sensor readings to the cloud where all the machine learning happens. The company is planning to solve it, by bringing smaller units in the play as it can reduce bandwidth constraints, eliminate concerns about network latency, reduce battery drain and keep personal & sensitive information local. The research is especially important for Varma, who is visually impaired, and they have already started developing a prototype of intelligent walking stick, that can detect falls and issue a call for assistance.

The only hitch however, in this ambitious journey is to get neural network in as small as a breadcrumb sized micro controller. The ML learning models need to be at least 1000 to 10,000 times smaller, to be able to work effectively in tiny devices. The company believes that to achieve this, it needs to start from the scratch—invent new set of machine learning technologies that are tailored for these resource constrained platforms.

One of the approaches that the company suggests is a bottom-up approach, which starts from the tiny end of the spectrum, where the team is working on building a library full of training algorithms, each tuned for specific function. The smallest device in company’s focus is Arduino Uno, which is a severely resource constrained single-board computer with only 2 KB of RAM.

Another approach that the company suggests is the top-down where the team would focus on developing algorithms that compress machine learning models trained for the cloud to run effectively on devices such as the Raspberry Pi 3.

As mentioned earlier, the entire research process is in line with Microsoft’s growing indulgence in the area of AI and machine learning. The company aims for building technologies that could be pervasive in a decade from now. It also believes that there could be a burst in this technology, only if more researchers across the globe join efforts in making the presence of these devices quite rampant. As Saleema Amershi, a human-computer-interaction researcher in the Redmond lab notes, “Machine learning is not a one-shot thing,” she said. “It’s an art. It takes some effort, some iterations, to steer these machine-learning models to do the thing you want them to do.”

Why China is reckoned as a formidable force in the AI landscape?