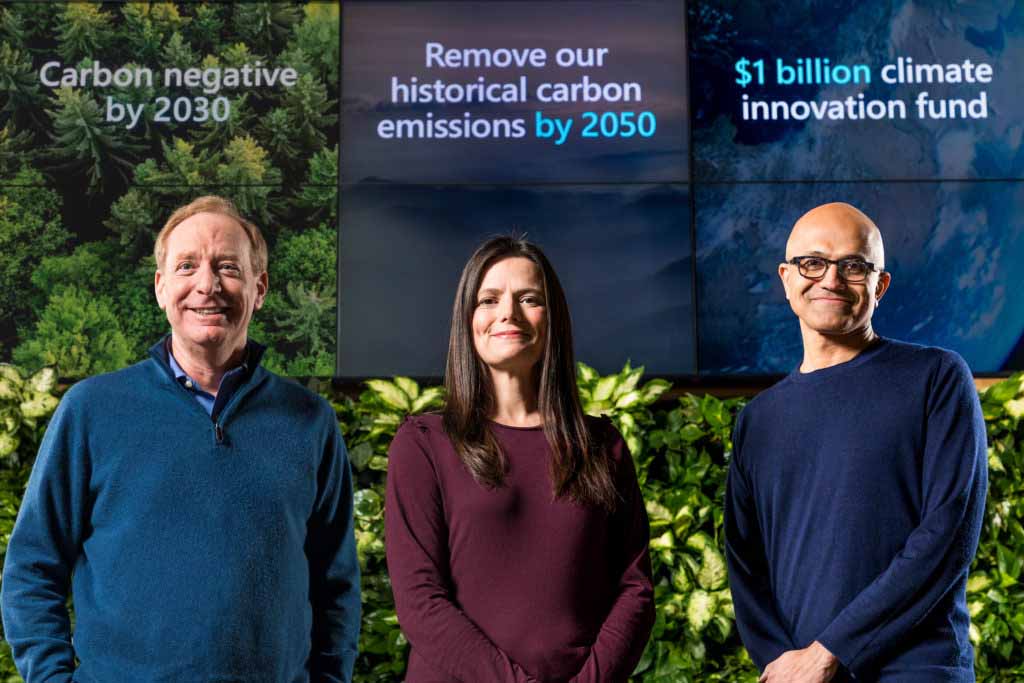 Since the 1950s, economic development has required an ever-increasing amount of carbon emissions. With the debate of climate change getting more heated, more and more companies are pledging to become carbon negative — meaning that the companies are removing more carbon than they emit each year.

Now, Microsoft has set new standards as it ran a part of its Azure data centers on hydrogen fuel cells for 48 consecutive hours. Microsoft started venturing into fuel cell technology back in 2013 by collaborating with the National Fuel Cell Research Center at the University of California. Initially, they experimented with the idea of powering racks of servers with solid oxide fuel cells (SOFC), which are fueled by natural gas.

What Microsoft Plans To Do By 2030

Be it Google, Amazon or Microsoft; the data centers are the resource-heavy sections of these organisations. With increasing internet usage, more real estate is now being allocated to the data centers. A typical data center occupies multiple football stadiums. A typical PC user can imagine the power consumption, heat generated and the cooling systems required to run a single system. Now extrapolate that to a data center, and things go out of hands at this scale.

Earlier this year, in January, Microsoft set off on this ambitious journey of becoming carbon negative by announcing their vision for 2030. As a part of this, they have launched initiatives that encourage suppliers and customers around the world to reduce their own carbon footprints by using Microsoft’s in-house technology. The company has also announced a $1 billion climate innovation fund to accelerate the global development of carbon reduction, capture, and removal technologies.

At Microsoft’s Azure datacenters, the use of diesel fuel is primarily confined to Azure datacenters. Like many cloud providers around the world, Azure too has diesel-powered generators as a backup to avoid service disruptions.

Talking about the need for switching towards alternate solutions, Mark Monroe, principal infrastructure engineer at Microsoft, said that the diesel-powered generators are expensive and they sit around doing nothing for more than 99% of their life!

As an alternative, Microsoft is now making efforts to replace diesel-powered sources with hydrogen fuel cells and batteries, which the company sees as a sustainability strategy.

A hydrogen fuel cell converts chemical energy into electrical energy like any typical battery. Only in this case, the key components are hydrogen and oxygen atoms, and the byproducts of this reaction are heat and water. As shown above, Microsoft uses a 250 KW fuel cell technology developed by Power Innovations, which is built to explore the potential of hydrogen fuel cells for backup power generation at data centers.

“For 48 hours of backup power generation, each datacenter would require up to 100,000 kilograms of hydrogen to fuel the backup generators for an extended power outage.”

Though using hydrogen-based power sources looks lucrative, this technology is still expensive. The economics of setting up a fuel cell technology includes infrastructure to procure, store and maintain a sufficient supply of green hydrogen to power the backup generators for 12 to 48 hours, which is standard in the industry.

From a levelized cost of energy (LCOE) basis, a fuel cell system cannot compete with the cost cuttings of conventional power generation techniques. However, the company states that one doesn’t pay for electrons coming out of a power plant but for electrons coming out of our outlets. “We pay to install and maintain all of the electrical wiring in our houses. We pay the utility for our meter, the power lines running through our neighbourhoods (and someone to maintain those lines) and the transmission lines running to the power plants and the cost to build,” explained the team behind Microsoft’s carbon negative endeavours.

Once the cost savings from the avoided infrastructure (the outlets, meters, power lines, power plants), are added, we end up with a design that is more elegant, requires less energy and has the potential to be significantly less expensive than traditional datacenter designs. Microsoft believes that fuel cell technology can free datacenters from the electric power grid while making them 8 to 10 times more energy efficient. The industry experts are optimistic that the increased production of fuel cells to meet the demand from the datacenter industry could potentially further drive down costs.