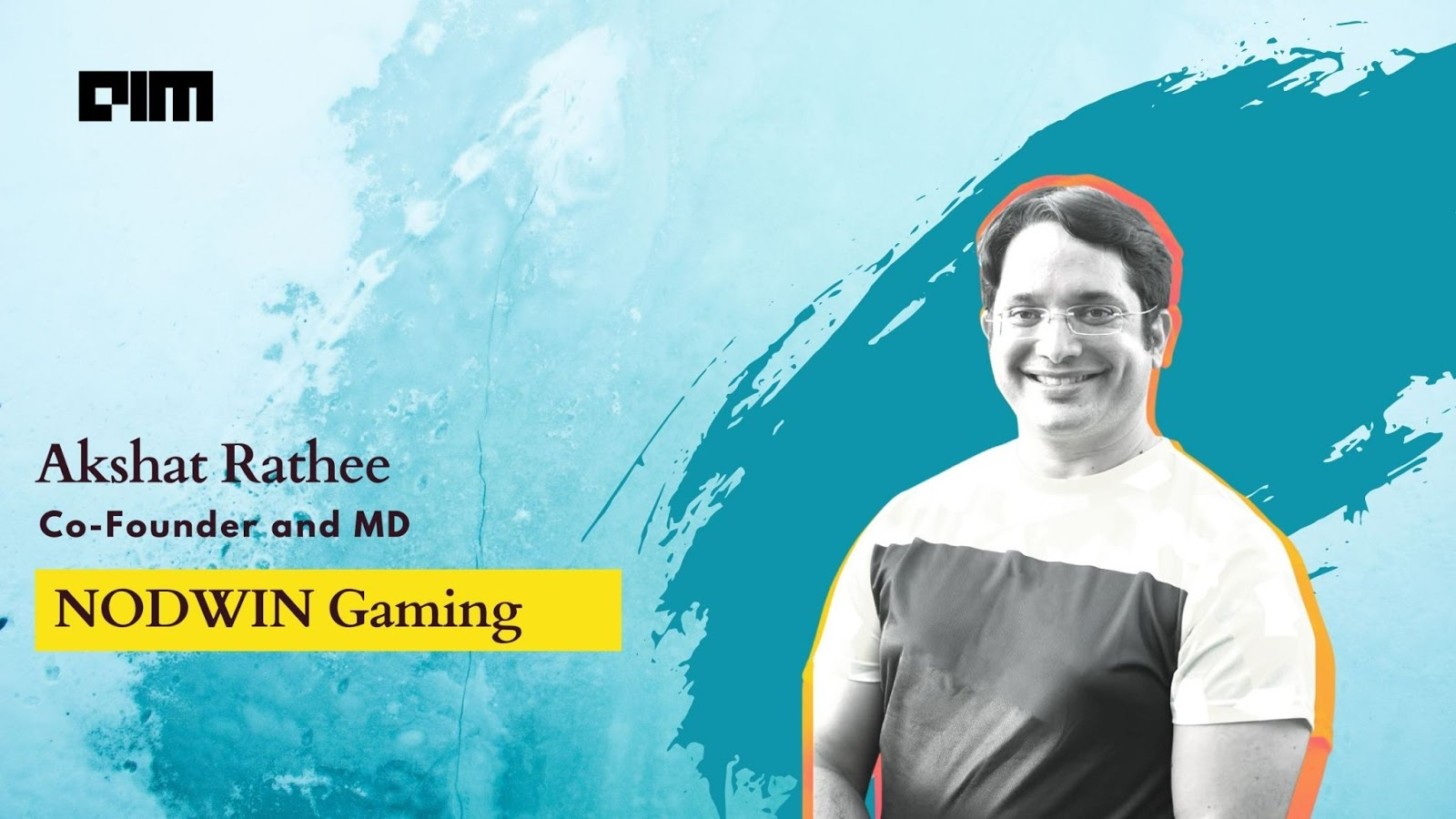 With esports gaining traction, global gaming companies such as Activision, Garena, and Supercell are lining up to invest in India’s esports ecosystem. For the first time, the Olympic Council of Asia (OCA) has designated esports as a medal sport for the Asian Games 2022.

Analytics India Magazine got in touch with Akshat Rathee, Managing Director and Co-Founder at NODWIN Gaming, to understand how AI and ML technologies are driving esports.

An ardent gamer from an early age (his moniker was LordNOD, he set up the esports company in 2015. “I believe that there will be a significant rise in engagement and growth in the coming years. As per a recent report by EY, the aggregate value of native esports startups is predicted to see an increase in CAGR of 36% in the next three years. That just shows the monumental pace of developments in the industry,” Akshat said.

The company brings expertise and solutions in all of the aspects within the broad label of the esports industry–from tournaments and events, through influencers and content, to marketing and activations.

Akshat considers tech as the backbone of esports. “More and more innovations in the field of microprocessors, broadcast equipment, fibres and software have led us to this sweet spot where all of these work in great sync to produce content of extraordinary quality. The face of streaming has changed since the arrival of powerful gaming setups, streaming decks, and fast internet,” said Akshat.

The company uses AI to take full advantage of data from esports. The data provide in-depth knowledge on the performance and outcome for the players and teams. “We saw our first impressions with OpenAI in Dota 2, a bot player that could ready a human player and map their gameplay to tailor themselves and ensure maximum chance of winning. Imagine the level of precision a player would attain competing against a self-learning bot,” said Akshat.

“We can obviously talk about cloud gaming when 5G makes its grand entry. But for now, remote production of events and augmented reality integrated live tournaments are a couple of areas where innovations have left a mark,” he said, when asked about the Indian ecosystem.

“VR getting connected to esports is just a thought. We are yet to experiment with it in a practical environment. However, as an organizer, we would love to see some esports worthy titles coming out in the future for us to go out and get the hang of the entire VR ecosystem in an esports setup,” he added.

Talking about the initial challenges, Akshat said: “A major hurdle was to overcome the preconceived notions about gaming as a career. So, first, we had to build a trusted ecosystem that had legitimacy, hygiene and value. Secondly, we had to penetrate our target groups with efficacy, and that came at the cost of bringing premium level events and tournaments to the common gamer. And lastly, an ongoing challenge, to bring government-level recognition to esports in India.”

“India has a demographic dividend of 67% of the population being under 35 years old, and the consumer base will keep growing. We are already seeing major brands venturing into esports to cater to a wider audience with massive investments, which will see no stopping anytime soon. So projections for the Indian esports market in the coming years look promising.”

“We are looking at scaling up our different IPs across South Asia, India, Middle East and South Africa. Developing the grassroots level in these regions is our top priority,” Akshat concluded.