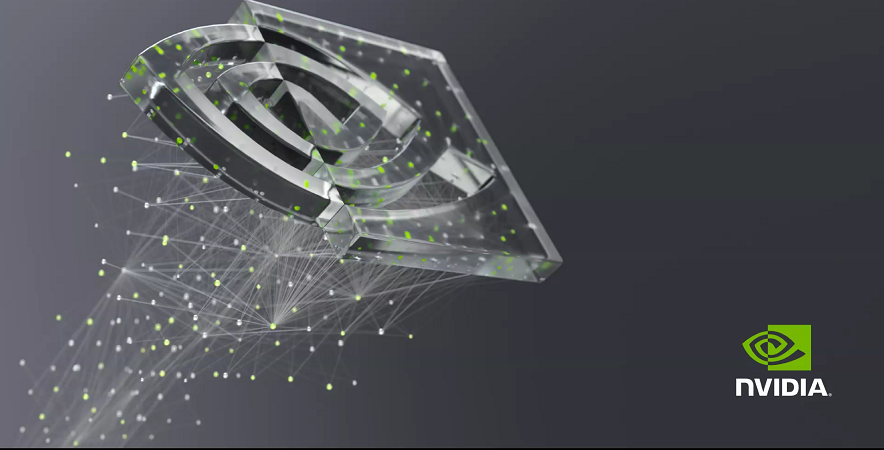 Today, NVIDIA kicks off its flagship event, NVIDIA GPU Technology Conference (GTC) 2020 with a number of significant announcements and updates. This year the conference will be held virtually, and like every year, it started with a keynote speech of Jensen Huang, CEO and founder of NVIDIA from his kitchen.

The announcements include updates and introduction of the various platforms, partnerships, among others that involve data centres, edge AI, healthcare and collaboration tools. Huang outlined the vision for “Age of AI” in his GTC keynote speech.

“AI requires a whole reinvention of computing – full-stack rethinking – from chips and systems to algorithms, tools and the ecosystem,” Huang said, standing in front of the stove of his Silicon Valley home.

Behind a series of announcements touching on everything from healthcare to robotics to videoconferencing, Huang’s underlying story was simple — AI is changing everything, which has put NVIDIA at the intersection of changes that touch every facet of modern life.

This time, the conference will feature more than 1,000 sessions, which is more than the last GTC conference. Let’s take a deep dive around the platforms and tools that were announced today.

A new kind of processor, known as Data Processing Units or DPUs is announced today. The BlueField 2 DPU is a programmable processor with Arm cores and acceleration engines for at-line-speed processing for networking, storage and security. DPUs are supported by DOCA, which is a data-centre-infrastructure-on-a-chip architecture that enables breakthrough networking, storage and security performance.

It is a single BlueField-2 DPU that can deliver the same data centre services that could consume up to 125 CPU cores. This frees up valuable CPU cores to run a wide range of other enterprise applications.

“The data centre has become the new unit of computing,” said Huang. “DPUs are an essential element of modern and secure accelerated data centres in which CPUs, GPUs and DPUs can combine into a single computing unit that’s fully programmable, AI-enabled and can deliver levels of security and compute power not previously possible.”

Further out, Huang said that BlueField-2 is sampling now, BlueField-3 is finishing and BlueField-4 is in high gear. He added, “BlueField-4, arriving in 2023, will add support for the CUDA parallel programming platform and NVIDIA AI — turbocharging the in-network computing vision.”

Along with BlueField-2, Huang also introduced the BlueField-2X DPU, which includes all the key features of a BlueField-2 DPU enhanced with an NVIDIA Ampere GPU’s AI capabilities. It can be applied to data centre security, networking and storage tasks.

Huang announced that the EGX Edge AI platform is expanding to combine the NVIDIA Ampere GPU and BlueField-2 DPU on a single PCIe card. This update will provide the organisations with a common platform to build secure, accelerated data centres.

At the heart of the EGX platform is an optimised AI software stack available on NVIDIA NGC, which is a software catalogue offering a range of industry-specific AI toolkits and pre-trained models to make it easier to build and deploy AI applications on NVIDIA-Certified systems.

Huang also announced an early access program for a new service called NVIDIA Fleet Command. This new application makes it easy to deploy and manage updates across IoT devices, combining the security and real-time processing capabilities of edge computing with the remote management and ease of software-as-a-service.

NVIDIA today announced the expansion of the Jetson AI at the Edge platform. An Arm-based SoC, Jetson has been designed from the ground up for robotics. The latest addition to the Jetson family is the Jetson Nano 2GB.

The Jetson Nano 2GB Developer Kit is the latest offering in NVIDIA’s Jetson AI at the Edge platform, which ranges from entry-level AI devices to advanced platforms for fully autonomous machines. It is supported by the NVIDIA JetPack SDK, which comes with NVIDIA container runtime and a full Linux software development environment.

It is designed for teaching and learning AI by creating hands-on projects in such areas as robotics and intelligent IoT. The kit will be available at the end of the month for $59 through NVIDIA’s distribution channels.

Huang also announced the availability of free online training and AI-certification programs. The certification program will provide a supplement to various source projects, including how-tos and videos, contributed by thousands of developers in the Jetson community.

Huang next announced that the company had entered open beta of the NVIDIA Omniverse platform. Omniverse enables collaboration and simulation that are essential for customers working in the robotics, automotive, architecture, engineering and construction, manufacturing, and media and entertainment industries.

“Omniverse allows designers, artists, creators and even AIs using different tools, in different worlds, to connect in a common world—to collaborate, to create a world together,” Huang said.

NVIDIA Maxine is a cloud-native streaming video AI platform that makes it possible for service providers to bring new AI-powered capabilities to the more than 30 million web meetings estimated to take place every day. Besides Maxine, Huang also announced that NVIDIA Jarvis conversational AI is now in open beta.

Powered by 80 NVIDIA DGX A100 systems connected by NVIDIA Mellanox InfiniBand networking, it will give researchers and academics the ability to tackle challenging AI training, inference and data science workloads at scale. According to Huang, the supercomputer is expected to come online by the end of this year, and it would be rank 29 on the latest Top 500 list of the world’s most powerful supercomputers.

Huang said, “Tackling the world’s most pressing challenges in healthcare requires massively powerful computing resources to harness the capabilities of AI,” He added, “The Cambridge-1 supercomputer will serve as a hub of innovation for the U.K., and further the groundbreaking work being done by the nation’s researchers in critical healthcare and drug discovery.”

Lastly, Huang also announced that the company joined hands with the global healthcare company GSK and its AI group, which is applying computation to the drug and vaccine discovery process. GSK’s hub will utilise biomedical data, AI methods and advanced computing platforms to unlock genetic and clinical data with increased precision and scale.

Kimberly Powell, vice president of  healthcare at NVIDIA said, “GSK and NVIDIA together will help push the boundaries of what AI can do and put vast data sources to work to advance the discovery of new medicines and vaccines.”