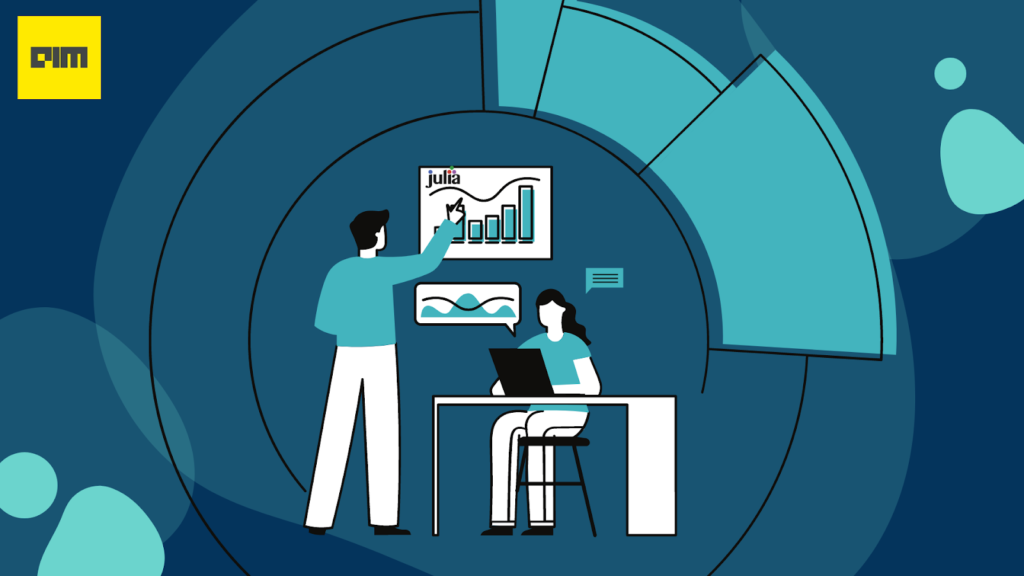 Julia is a preferred language for data science, artificial intelligence, and modeling and simulation applications. The language combines the ease of use of Python and R with the speed of C++, while providing parallel computing capabilities out of the box.

About: GadFly.jl is a popular statistical plotting and data visualisation library written in Julia. The library is influenced by the native Grammar of Graphics Plotting (GGPlot) library and is well suited to 2D statistical plots and more. The features of this library are-

About: Google Charts.jl is a Julia interface to Google Charts. A Google chart involves basically four steps, which include a specification of chart options as well as Google DataTable, a call to make the type of chart desired and a call to draw the chart. This package allows a number of functions to be done within Julia by-

About: Makie.jl​ is a ​popular plotting library for Julia, that provides an interface for ​GLVisualize​, with emphasis on interactivity and speed. It is a high-performance, extendable, and multi-platform plotting ecosystem for the Julia programming language. One of the popular features of this library is that it utilises Observables that make it easy to write visualisations, which can be updated dynamically with new data. An Observable is a container object which notifies all its listeners whenever its content changes.

About: Plots is a popular plotting API and toolset. Plots.jl is a plotting metapackage, which is basically an interface over many different plotting libraries. In Plots.jl, every column is a series, i.e. a set of related points which form lines, surfaces, or other plotting primitives. Some of the feature of Plots.jl are-

About: PyPlot.jl provides a Julia interface to the Matplotlib plotting library from Python, and specifically to the matplotlib.pyplot module. PyPlot uses the Julia PyCall package to call Matplotlib directly from Julia with little or no overhead. This package takes advantage of Julia’s multimedia I/O API to display plots in any Julia graphical backend, including as inline graphics in IJulia.

About: PGFPlotsX is a Julia package to generate publication quality figures using the LaTeX library PGFPlots.It draws high-quality function plots in normal or logarithmic scaling with

Some of the features of this package are –

About: UnicodePlots.jl is an advanced Unicode plotting library designed for use in Julia’s REPL. Using this library, one can generate plots like scatterplot, lineplot, barplot, histogram, boxplot, density plot and heat map.

About: VegaLite.jl is a plotting package for the julia programming language. It is based on Vega-Lite, which extends a traditional grammar of graphics API into a grammar of interactive graphics. It allows users to create a wide range of statistical plots.