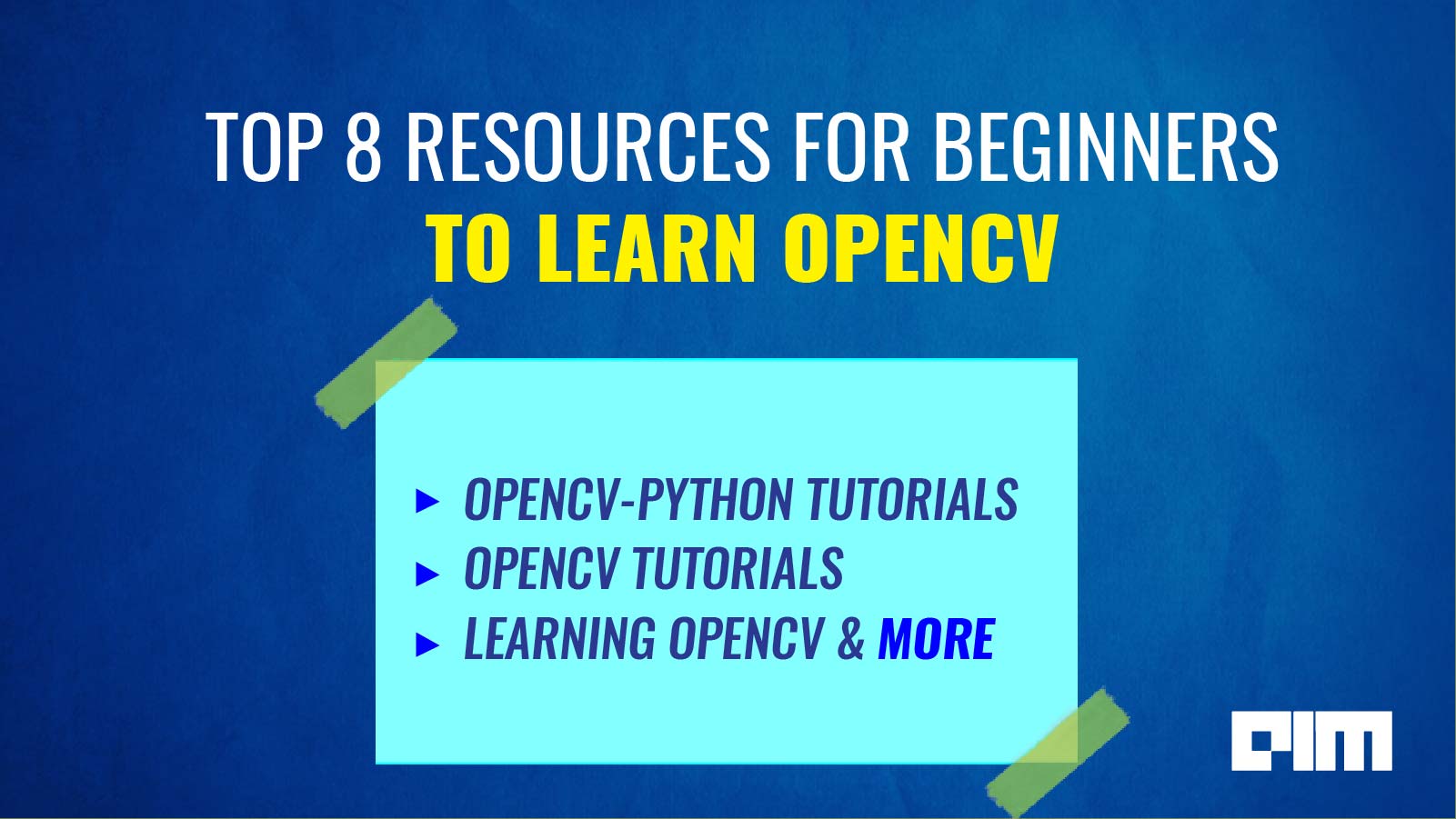 Emerged from an Intel Research initiative, OpenCV library is a cross-platform and open-source library that portrays a significant role when it comes to the growth of computer vision due to several intuitive factors. Below, we have curated top eight resources for beginners, in no particular order, to learn OpenCV.

The OpenCV Tutorials is provided in the official documentation by the developers of OpenCV. In this tutorial, you will learn how to set up OpenCV on your computer, learn about the basic building blocks of this library, image processing (manipulation), etc. Along with that, you will also learn how to use the built-in graphical user interface of the library, how to read and write images using imgcodecs module, how to use the feature points detectors, descriptors and matching framework found inside OpenCV and more.

This tutorial by Tutorials Point will help the beginners understand how they can use OpenCV in their applications. This tutorial has been mainly prepared for beginners to make them understand the basics of the OpenCV library. Since you will be using the Java programming language in all the examples, therefore you should have a basic exposure to Java in order to benefit from this tutorial.

This course has been launched by OpenCV in partnership with Big Vision LLC, owner of LearnOpenCV.com. In this course, you will learn how to build practical applications on top of underlying algorithms, basics of OpenCV, real-world applications using C++ and Python, and more. You will also have an understanding of basic machine learning models — starting from deploying state-of-the-art models in the cloud to building web applications.

This course is tailor-made for the beginners who want to become an expert. In this course, you will cover topics using a methodical step-by-step approach with increasing difficulty, starting outright with the very basics and fundamentals. After completing this course, you will have strong foundations in computer vision techniques and OpenCV.

OpenCV Tutorial: A Guide to Learn OpenCV is a blog post where you will get a complete guide to learning the fundamentals of the OpenCV library using the Python programming language. You will start learning with the basics of OpenCV and image processing. This OpenCV tutorial is mainly for beginners, who just started learning the basics. You will also learn the basic image processing operations using the OpenCV library using Python.

This tutorial is official documentation provided by OpenCV. In this tutorial, you will start learning from the very basics, such as introduction to OpenCV-Python, installing OpenCV-Python in various operating systems, etc. You will learn the GUI features in OpenCV, core operations, feature detection, image processing, video analysis, machine learning, computational photography, object detection and much more.

Learning OpenCV is an e-book written by Gary Bradski and Adrian Kaehler, a consulting professor and a senior scientist respectively. The book can be considered as one of the best resources for the beginners to start learning about Computer Vision and mainly about OpenCV. The contents of the book include a brief introduction to OpenCV and Computer Vision, highGUI, image processing, histograms and matchings, contours, camera models and calibration, 3D vision and much more.

The tutorial, OpenCV By AI Shack, includes various concepts that focus primarily on OpenCV and is one of the most recommended sources for beginners to learn this library. In this blog, you will find several concepts of OpenCV, such as K-Nearest Neighbors in OpenCV, image convolutions, k-means clustering, drawing histograms, mathematical morphology in OpenCV, the memory layout of matrices of multi-dimensional objects, subpixel corners in OpenCV and much more.