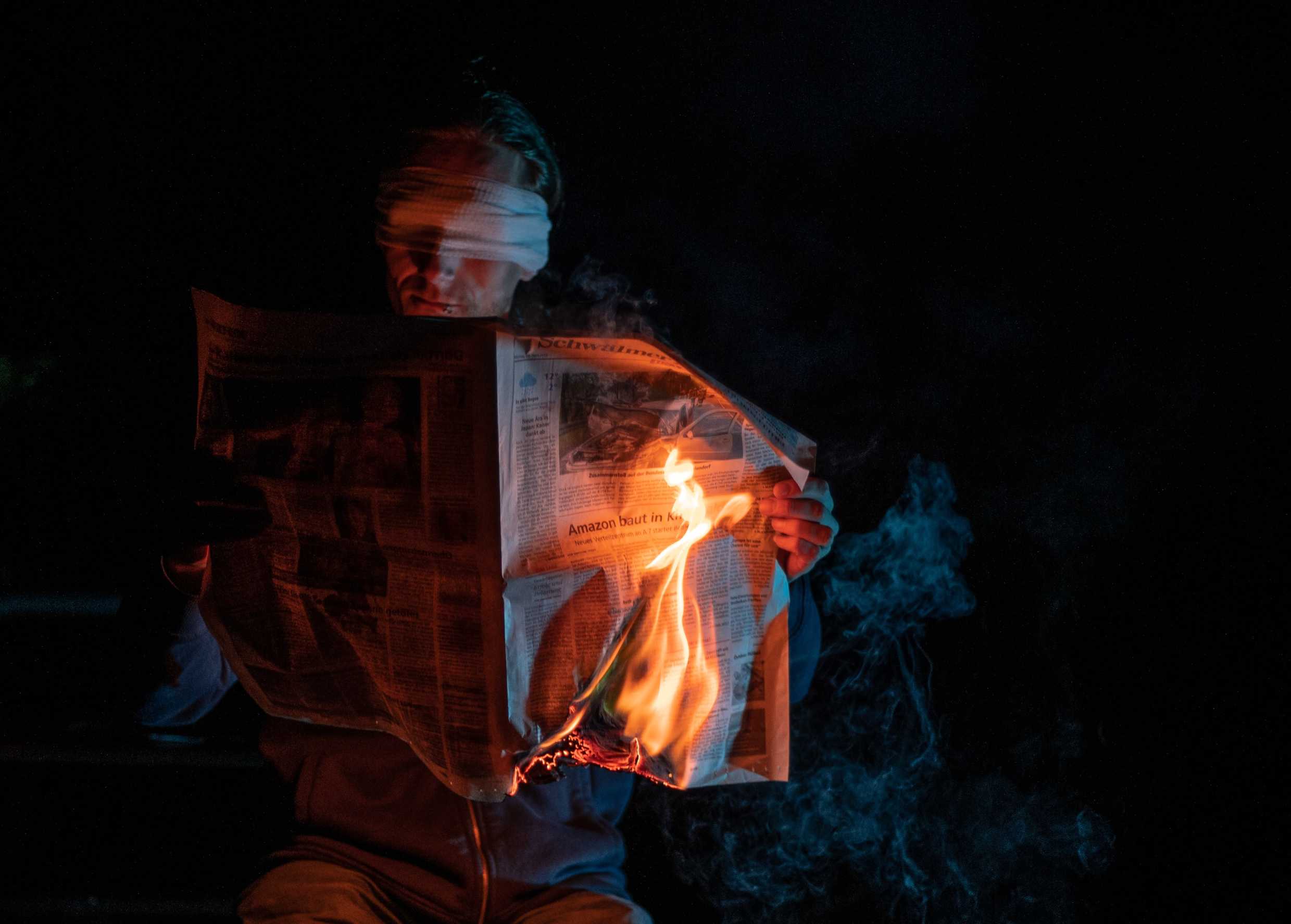 Fake news and false news are rightly touted as the new-age epidemic. With the hyper-connected world that we live in, any news or information very fast. It is particularly true for fake/false information which often has an element of sensationalism prompting users to ‘forward’ it in their circles without confirming the veracity.

Major companies, independent organisations, and governments around the world are now up in arms against misinformation which has become dangerous enough to result in mass killings, extreme polarisation, and in swaying election results. In this article, we discuss some of the AI-based tools and initiatives currently in use for busting fake news:

In 2018, Facebook acquired British startup Bloomsbury AI to fight fake information. The startup started with a mission to resolve the language barrier between natural speech and machines. Even with databases and search functions, AI and ML learning systems fall short in providing efficient responses. To resolve this, Bloomsbury AI developed a suite of open-source libraries, named Cape which manages a question-answering model that automatically ‘reads’ the documents and answers corresponding questions. Cape is based on machine learning models which are trained on massive datasets. It is easy-to-use and improves based on user feedback.

Like Facebook, Twitter too acquired an AI-based fact-checking startup to control the spread of misinformation on its platform. In 2019, Twitter acquired London-based startup Fabula AI, which can analyse large and complex datasets to identify signs of potential network manipulation and identify patterns. Fabula also assigns a ‘truth-risk’ score to identify misinformation. The score is generated on the basis of the data obtained from fact-checking sources such as PolitiFact and Snopes.

Pheme uses multiple techniques to monitor the veracity of user-generated and online content. It uses three factors in doing so– the lexical, semantic, and syntactic information from the document being tested; cross-referencing it with data obtained from reliable sources; and the analysis of how the information is being diffused and to what kind of group of people. It uses several intelligence algorithms built on GATE text mining platform and Saarland’s cross-media linking and contradiction detection. Pheme plans to make these resources open-source soon. Pheme also plans to roll out an open-source dashboard based on SwiftRiver media filtering and verification platform for digital journalists.

A platform from a non-profit social technology company Meedan, Check contains a suite of tools which can help journalists in fact-checking misinformation spread primarily through private messaging systems. Check has been developed in collaboration with an enterprise messaging startup Smooch. Check platform found a major application during the 2019 general elections in India.

The messages are checked for their integrity using a combination of computer vision, natural language processing, and machine learning. Check identifies and groups identical and near-identical requests for image or text verification so that fact-checkers needn’t verify the same submission twice.

Spike is a powerful real-time content discovery platform that tracks the spread of content across social networks, right from its original source. All the data is categorised by language, country, and topic; this makes it easier to understand the current trend. Spike also has a predictive feature which allows the users to forecast how much engagement a particular content would achieve in the near future. During the French Election 2017 in particular, Spike helped newsrooms detect misleading pieces and contents that would possibly gain traction in the near future. The accuracy of the predictive feature was found to be really high.

CrowdTangle is another tool acquired by Facebook in 2016. Essentially, an analytics platform, CrowdTangle helps in detecting social media content and further monitors. Just two years back, Facebook has provided the browser extension for free, and since then, a lot of newsrooms around the world have incorporated its services.

One of its most interesting features is the link search (https://apps.crowdtangle.com/search/) which helps users detect the top sharers of a particular piece of information across social media platforms such as Facebook, Instagram, Reddit, and Twitter. This feature helps in understanding how particular content is spreading, whether it has spread outside of its initial network of sharers, and if it warrants any investigation.

Indian IT Sector Is Looking Up: Are AI & Data Science Major Contributors