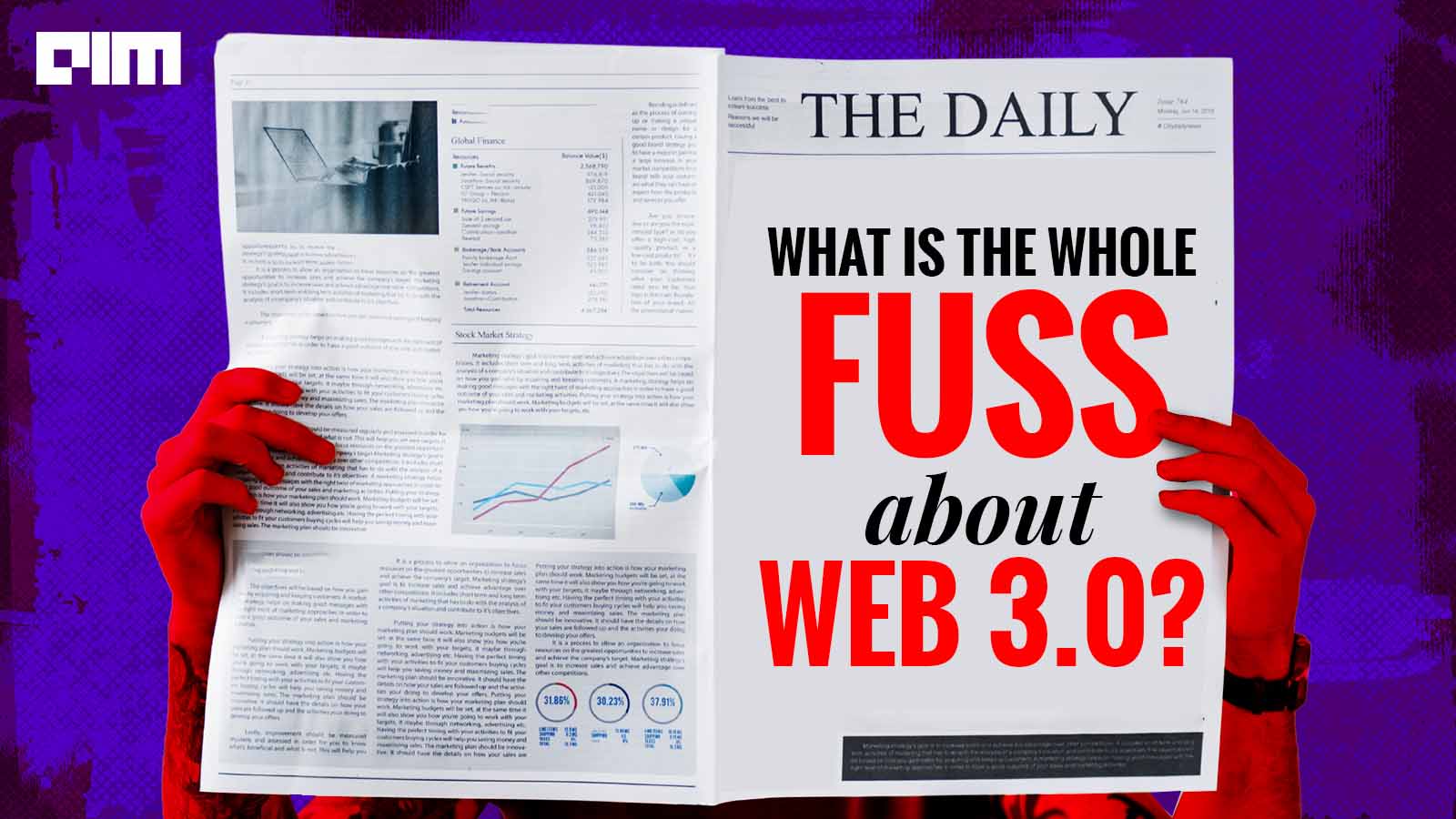 If you follow tech updates on Twitter, you must be well aware that a heated debate is going on centred around the topic of “Web 3.0” – its existence, validity, and its potential benefits to society. It all started with Elon Musk calling it a marketing buzzword and tweeting, “I’m not suggesting web3 is real – seems more marketing buzzword than reality right now – just wondering what the future will be like in 10, 20 or 30 years. 2051 sounds crazy futuristic!” He further went on to question its existence and tweeted again, “Has anyone seen web3? I can’t find it.”

Jack Dorsey stepped into this conversation and replied to Musk, “It’s somewhere between a and z”, referring to a certain venture capital fund.

As the name suggests, Web 3.0 is essentially the third generation of the internet. The first version of the web, Web 1.0, had websites that were just information centres. It depended on HTTP and HTML protocols with static pages, Hypertext Mark-Up Language, less real-time interaction and use of only common languages as its main features. At the turn of the century came Web 2.0. It had the ability to support real-time interactions with the birth of social media platforms, multiplayer gaming, etc. We also saw the emergence of data analytics, big data and machine learning algorithms.

Web 3.0 is driven by intelligence and works on interactions between people, websites and websites, websites and people. Web 2.0 was more frontend-oriented, but Web 3.0 is more geared towards the backend of the internet: better connectivity, accessibility, and ubiquity.

Blockchain forms an essential part of Web 3.0. It aims to bring in more decentralisation with the ultimate aim of forming a decentralised internet. It supports cloud storage and tokenisation and leads to better data dissemination over a range of platforms and applications.

The decentralised architecture of Web 3.0 is what separates it from its prior versions. It tries to solve the issues coming from centralised power and control and bring in more trust, privacy, and transparency.

Dorsey did not stop and went on further on Twitter. He said, “You don’t own “web3.” The VCs and their LPs do. It will never escape their incentives. It’s ultimately a centralised entity with a different label. Know what you’re getting into.”

Is it really decentralised?

Even though Web 3.0 with blockchain embedded in it makes it seem like an amazing idea, is it too good to be true? Even with freedom and creative licence to build content, big names such as Apple, Amazon, Meta, Microsoft, and Google heavily dominate the internet right now. We still have a long way to go where the internet will be owned by everyone and not just a bunch of powerful corporations.

What Dorsey fears is that the ownership over blockchain networks is not equally distributed but concentrated in the hands of early adopters and venture capitalists. Projects will be decentralised in name only, but the reality will be different.