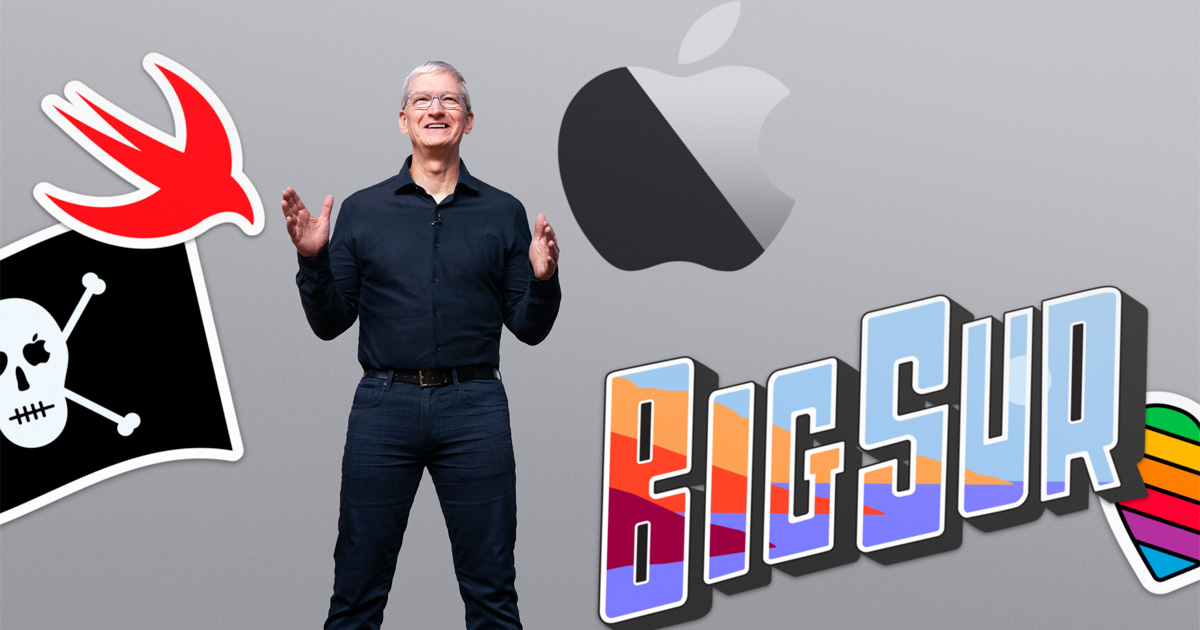 Like last year, the five-day Worldwide Developers Conference opened with a slew of announcements woven around better features and software updates for consumers and the developer community. Even as some of these features are supported by AI and ML, Apple has stopped short of amplifying the underlying technology of these updates.

Instead, many have recognised Apple’s muted approach to ML announcements as a pattern during WWDC over the years. What is more, compared to the previous editions which have been customarily treated as launchpads for new hardware, this year seems to have glossed over much-awaited devices as well, including AirPods Studio and AirTags.

While there were ample updates targeted at the developer community this year, Apple’s WWDC 2020 laid a lot of emphasis on software changes coming to Apple devices through iOS 14, WatchOS 7, iPadOS 14, iMac Big Sur, and more, for the consumer segment.

This includes both useful as well as relevant features, including hand washing detection, handwriting recognition, and sleep tracking, among others. As pointed out here, the company’s consumer-centric approach may explain why it chose to skip grand AI project announcements during the event, in favour of how it is leveraging the technology to ‘deliver small conveniences’.

For instance, with the upgrades introduced in watchOS 7, wearers washing their hands will automatically be alerted after 16 seconds to ensure that they clean up well. Using ML, the new feature enables the device to know when a user is washing their hands by detecting the sound of running water. In another instance, it uses ML to detect when they are asleep by ascertaining their movements, thereby, tracking their sleep.

ALSO READ: Apple Hires The GANFather Ian Goodfellow To Up Its Ante In The AI Game

Furthermore, like last year, Apple has skipped key ML announcements for its Assistant at WWDC 2020. That is not to say that ML-supported features were not issued during this year – even as users can now open apps faster and view notifications more easily (including in several different languages), the emphasis on how the company is leveraging AI to enable them to take advantage of these upgrades is largely not being addressed.

This has been in stark contrast to the approach employed by Google. Despite cancelling this year’s Google I/O, the company made several ML-heavy announcements woven around its Assistant during Voice Global 2020.

The company’s outspokenness when it comes to the impact AI and ML is bringing to its products and services, stands in contrast to Apple, whose approach has been quite reserved, more so lately. Even during last year’s WWDC, although the company made several announcements targeted at consumers and what they can expect from Siri in the future, including a more natural voice for Siri and a feature that allows users to have messages read out to them on AirPods, the underlying machine learning framework behind these upgrades was overlooked.

Apple may have given consumer-focused hardware announcements a miss at WWDC 2020, but the decision to disassociate with Intel in order to develop its own ARM-based processors for Mac computers cements its commitment to hardware.

Apple’s silicon chips – to be introduced with the new Macs – will enable the company to update and push its capabilities forward in its own space, without relying on a third-party to release a timely cycle of upgrades. And with this, Apple will be employing its own tech for its entire computing product suite, including iPhones and iPads.

ALSO READ: How AI Is At The Heart Of Digital Disruption

While this may signal the end of a dependency on Intel to make components for Apple devices, the company’s continued focus on hardware without attention on how it can embed sophisticated software driven by new technologies into them is likely to hold them back in a world powered by ML. As elaborated here, software cannot be an afterthought for a firm that is competing with a behemoth like Google for whom superior AI capabilities ‘enables inferior hardware to outperform competition.’

Taking the example of its Assistant, Apple’s commitment to privacy may be holding them back from exploring its potential to introduce a wider breadth of offerings like Google has, but it should be mindful of the fact that even providing ‘small conveniences’ can eventually push them towards overlooking consumers’ need for privacy.

Crunching users’ data to craft effective algorithms without infringing on their privacy, although important to provide better products and services, is a fine line to toe, which it must master in order to get ahead. And this must be done without selling features alone, and focusing on how it can leverage ML for a future that has fully embraced AI.

Apple’s participation in the Partnership on AI in 2017 signalled relaxation of its reservations when it came to addressing new technologies openly. In fact, just a month before joining the board, the company, which traditionally prevented its researchers from publishing their work in open platforms, published its first AI research paper.

Coupled with building its ML capabilities with several AI-related acquisitions made over the last few years, Apple’s AI journey was on track, until it pulled up a wall again by not involving people in how it is using new technologies, and simply offering them ready-to-ship features that aims to appease the majority.

With AI poised to seep into society in both subtle and overt ways in the coming years, the company risks falling behind in some of the major advancements in AI if it decides to go back to being secretive about its use of the new technology.

How Sindhu Gangadharan Is Prioritising Business Continuity For SAP Labs

Types Of Arduino Memories You Should Know Today

Inventor Of Pocket Calculator Sir Clive Sinclair passes away at 81