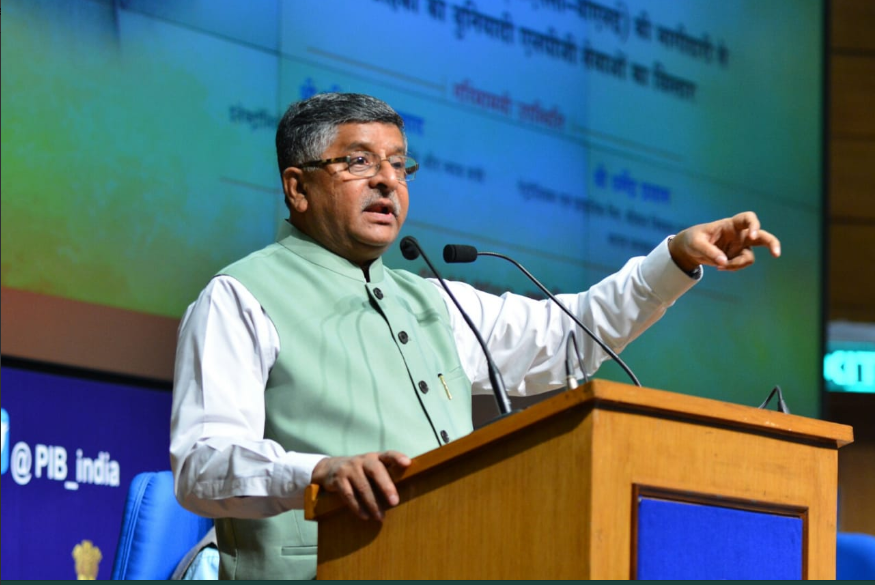 Ever since the NDA-led BJP government came into power in 2014, they have showcased a marked preference in taking proactive steps towards helping the private sector as well as integrating emerging technologies into the public sector. In the last couple of years, the Indian Government has taken several initiatives like Atal Innovation Mission’s Atal Tinkering Labs, Atal Incubation Centers, Scale-up support to Established Incubators, etc. They have also established the Artificial Intelligence Task Force, set up under the Ministry of Commerce & Industry task force, which underscores how the country is preparing for the upcoming Industrial Revolution 4.0 and the resulting economic transformation.

Ravi Shankar Prasad, Union Minister for Electronics and Information Technology, has played a key role in this long journey. From promoting New Tech at events to reaching out to other nations to join hands with India, Prasad has played a pivotal role in promoting the development and integration of emerging technologies and fostering a vibrant ecosystem of new tech startups that are actively contributing to India’s technological and economic development.

Indian IT companies don’t steal jobs — they create them

Addressing a gathering of IT leaders last year in April, Prasad told that Indian IT companies have taken the world by storm with their software skills; they don’t steal jobs anywhere in the world but create them.

“Indian IT companies do not steal jobs but create jobs, be it in the US or any other country. We are proud of their contribution in America and the world over.”

After a brainstorming session with industry leaders

Last year in June, Prasad met some of the industry leaders including Rishad Premji of Wipro, Kavin Bharti Mittal of Hike, Rajan Anandan of Google and Vanitha Narayanan of IBM to discuss a roadmap for the $1-trillion digital economy. After more than two hours long brainstorming, the minister said that they have discussed new areas to conquer such as e-commerce, artificial intelligence and the internet of things.

“We will look at developing a framework for developing startup clusters policy,” Prasad said.

At a gathering in IIT Delhi

Recently, the Minister of Electronics and Information Technology, Prasad addressed a gathering at IIT Delhi about privacy and data. Speaking about data, he said that it is high time that data must be made available for research and growth so that India can lead the world in the digital revolution.

In addition, he also spoke about the advent of Artificial Intelligence in India. He emphasised that the nation is witnessing tremendous a start-up revolution, and artificial intelligence, data mining, and the Internet of things will not only empower the startups but the nation as well.

“I clearly foresee India is going to become a big centre of data research,” he said.

In April this years at ASSOCHAM ICT Start-Ups Award 2018, Prasad asked Indian startups to make the most of the new-age technologies such as Artificial Intelligence and Machine-to-Machine communication and create innovative solutions in sectors like healthcare and education; especially for the rural areas.

“How can you leverage Artificial Intelligence, Machine to Machine communication and Internet of Things for healthcare, agriculture and education in rural areas…that is the challenge for you,” Prasad said at the event.

Approached Russia to leverage the potential of India’s digital economy

In October 2018, India invited Russia to leverage the potential of the nation’s booming digital economy. According to IT minister Prasad, this collaboration between the nations will not only help areas like Artificial Intelligence (AI) and e-health to spur momentum but will also help both the nation’s economy.

During a trip to Silicon Valley

This year in August, the Indian IT minister, Prasad was on a trip to the US and at a seminar organised by US-India Strategic Partnership Forum and the Consulate General of India, he met some of the most renowned tech leaders of Silicon Valley including Google, Wipro, Oracle, and GE top brass, and asked them to forge strong partnership with India.

As the allocation for the Digital India programme almost doubled in the Union Budget 2018, Prasad emphasised on the use of artificial intelligence (AI) and electronic manufacturing. The IT minister had a high-level meeting with around 50 participants including directors of IITs, NASSCOM and private entities and they discussed the roadmap to promote AI in India.

Prasad set up four committees that will carry out research on AI.