Now You Can Use Kubernetes On AWS Easier Than Ever Before 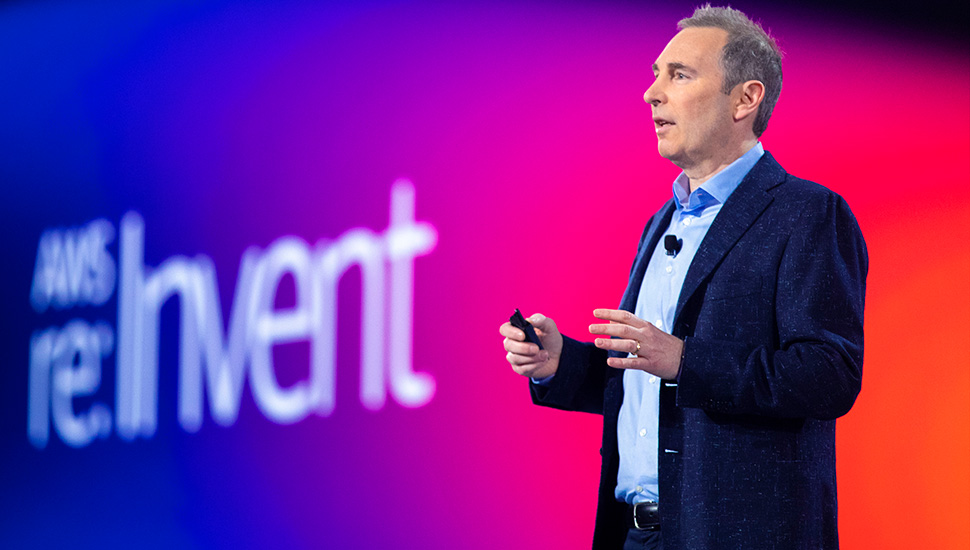 Amazon has come up with a lot of exciting announcements in its ongoing event — AWS re:Invent — which is being conducted virtually this year. These announcements are focused around providing developers and builders with flexible choices, reducing the operational burdens, simplifying the solutions to run at scale, democratising AI and machine learning, facilitating data analytics, and finally improving customer engagements.

Focused on bringing flexibility to developers and driving a big push towards the cloud, Andy Jassy, in his keynote announced ECS Anywhere and EKS Anywhere — container-services offered by the company. In this big container-focused announcement, developers can now run these services on-premise as well as in the cloud. As a part of the announcement, customers can now use these popular AWS services on-premises and cloud with the same kind of tools — vis. a vis same management and deployment mechanisms. The company also announced it was open-sourcing EKS.

In a tech briefing by Olivier Klein, the Head of Emerging Technologies in the APAC region at AWS, said that India is a robust market for them with a strong developer-base in India. “To help the developer community, we are constantly looking at ways to reduce the operational burden on them. One of the demands put forth by the builder community was to come up with more open-source structures and bring about containerisation to be run completely serverless,” he added.

What Is Amazon EKS and ECS Services

Containerisation is a standard way of packaging the application’s code, configurations and dependencies. Using multiple containers makes it faster, mobile and uses less memory than in the cloud environment. Amazon ECS and EKS are two popular container orchestration services that have been extensively used by developers.

While ECS is a generalised container service, EKS is a specific service for Kubernetes. ECS is highly scalable and ensures high performance while supporting Docker containers, whereas EKS is easy to deploy, manage, and scale containerised applications using Kubernetes on AWS. As EKS leverages the open-source tool Kubernetes, all applications managed by Amazon EKS are fully compatible with applications driven by any standard Kubernetes environment.

“People really love containers. If you look at the growth in containers in computing, it’s pretty astounding, and the vast majority of it continues to run in the cloud on top of AWS,” Andy Jassy, CEO, AWS had said in his keynote at the AWS re:Invent.

While responding to Analytics India Magazine during the tech briefing, Klein said that Amazon open-sourced EKS to provide full flexibility to developers wherever they run it. While comparing the open-source components, especially with Kubernetes, he noted that Kubernetes is highly complex. For developers not familiar with its infrastructure, it can be tough to get used to the Kubernetes development workflow. Furthermore, it can be challenging to use in case of simple applications which do not intend to develop anything complex for a large or distributed audience.

“Sometimes it may make sense to use Kubernetes, but at other times you may want to use ECS or Kubernetes-as-a-service by EKS which may be better structured.” He also added that Kubernetes might have a lot of dependencies. However, by open-sourcing EKS and bringing in improvements, we are ensuring that there are no dependencies and can be run on-premise or desktop or cloud. “It basically provides flexibility to developers on the underlying infrastructure and overall a great experience,” he said.

With such improvements, EKS may provide advantages such as improving availability and observability allowing to identify and resolve issues faster; allows provisioning and scaling resources efficiently; and most importantly, provides a secure Kubernetes environment. AWS works closely with the community to address critical security issues and help ensure that every EKS cluster is secure.

These moves by AWS are not only aimed at giving customers as much flexibility as possible but also compete with its counterparts who already have a big say in the multi-cloud and hybrid world. Open-sourcing EKS can also be said to be a take on its competitors such as Red Hat OpenShift Container Platform that already creates and deploys any application, quickly and easily, on virtually any infrastructure; or Azure Kubernetes Service (AKS) that provides an open solution offering easy configuration of using containers and applications.