If you fed Marc Márquez’s riding technique into a computer, the computer would say ‘does not compute!’ 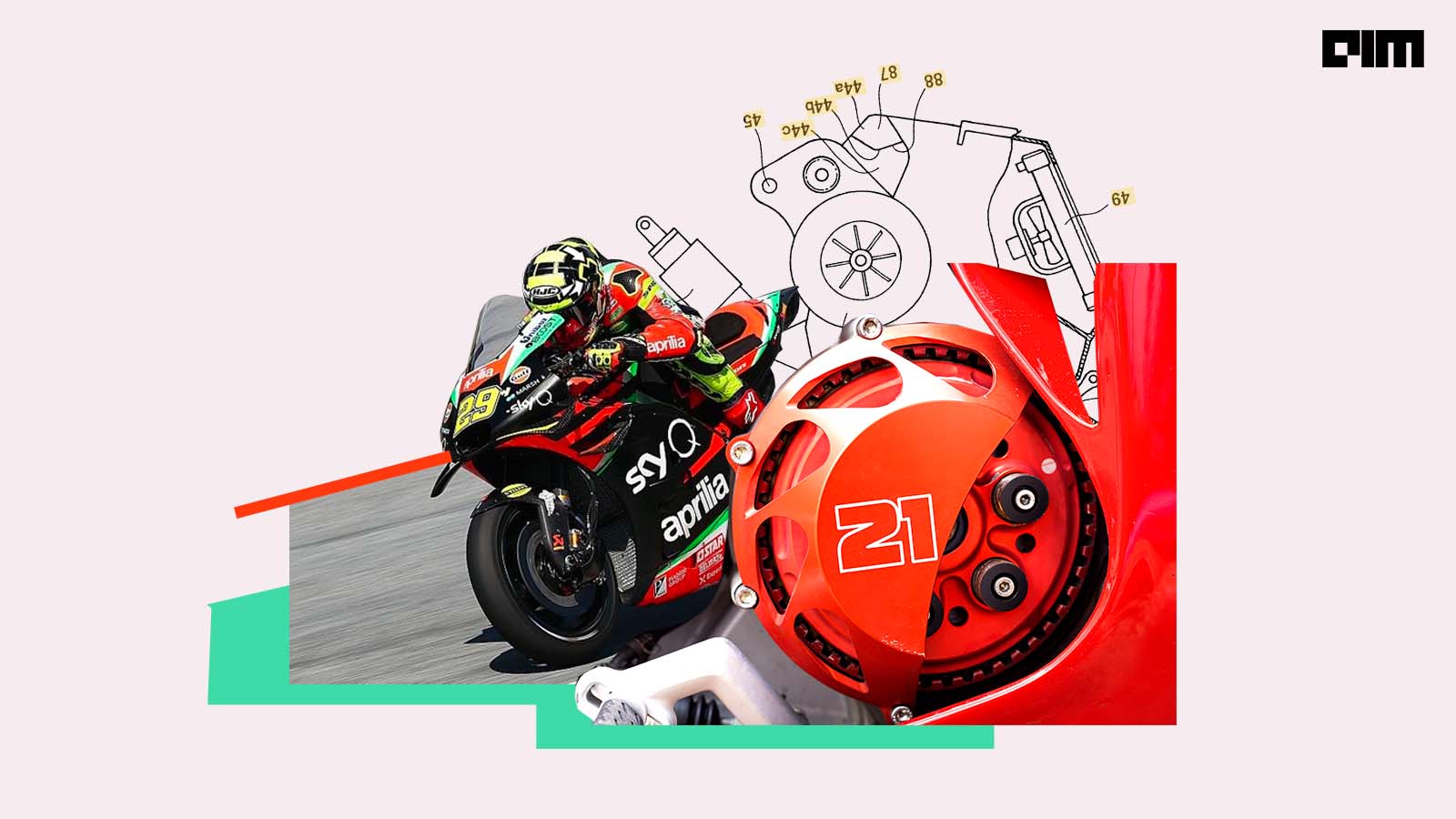 In a car you’re always in a compartment, and because you’re used to it you don’t realize that through that car window everything you see is just more TV. You’re a passive observer and it is all moving by you boringly in a frame. On a cycle the frame is gone. You’re completely in contact with it all.

– Zen and the Art of Motorcycle Maintenance

Motorcycling is bodily-kinesthetic. Depending on the type of motorcycle, the rider’s body position and technique need to change to get a handle on the machine. And with experience, motorcyclists develop muscle memory and intuition to make split-second decisions.

“It’s about getting the set-up right for each rider — it’s not all cold, hard physics. If you fed Marc Márquez’s riding technique into a computer, the computer would say ‘does not compute!

Ali Rowland-Rouse, motorcycle racer and an aerodynamics engineer for LeMans and Formula-1

Going by Moravec’s paradox, AI can emulate the computational or high-level intellectual abilities of an adult but struggles to learn the perception and sensorimotor skills of a toddler. In other words, we are still far off from building systems with fine motor skills.

Second, motorcycles have low G-force as opposed to aircraft or cars. In the case of the former, we don’t have a lot of formalised literature or data on the bike-rider dynamic in the face of G force. To wit, G’s on a motorcycle is a bit more complicated.

Third, motorcycles are weight-sensitive. Considering how energy-inefficient today’s AI chips are compared to human brains, you’d have to pack huge batteries to endow the chip with enough “intuition” to ride a motorcycle, leading to a massive weight disadvantage.

“In a future world of autonomously driving cars, being connected will be an urgent requirement for all motorcycle segments. This will enhance safety and ensure that motorcycling remains future-proof. We will use autonomous driving technologies in a concrete way. Our mission will be to raise safety levels, on the one hand and, on the other, to take riding fun to a new level,” said Dr Markus.

Back in 2018, BMW developed a self-driving motorcycle with the ability to self-balance – accelerate, lean, and stop. However, it requires a human operator. The bike takes commands from the human operator via the antenna at the back. At the time, BMW said it had no plans to commercialise the project.

“One of the big reasons we did this is because when you start thinking about the coming of autonomous cars and the internet of things evolving, we want to make sure that motorcycles are a part of this ongoing conversation. We also want to look at ways to mitigate the possibility, as autonomy comes in, of roads being shut to non-autonomous-enabled vehicles, especially to motorcycles, because they’re too much of an unpredictable variable. We want to make sure that we, that motorcycles, are involved in the conversation as standards develop, so we can help answer questions like, how does an autonomous vehicle interact with a motorcycle that’s lane splitting,” said BMW Motorrad’s Michael Peyton at CES 2019.

Honda has pioneered semi-autonomous systems for four-wheelers, and now wants to co-opt it for motorcycles. The Japanese automobile giant has a series of patents on radar systems, which will most likely first appear on models like the Gold Wing and Africa Twin. The company’s Riding Assist and Riding Assist-e provide a steering-control system that works with automatic braking and acceleration to allow motorcycles to balance themselves at low speeds sans a rider.

Recently, Honda published a document showcasing how a slew of individual systems can be integrated to work together in a seamless safety system.

The patent, titled “Drive Assistance Device for a Saddle Riding Type Vehicle,” shows how those features, along with other technologies such as on-board cameras, a LiDAR (light detection and ranging) sensor, GPS, and short-range vehicle-to-vehicle communication systems, can be combined to create a bike that can intervene when needed with an autopilot-like cruise control or aid when the rider fails to spot or react to danger.

The version includes adaptive cruise control and lane-keep assist, as well as the ability to avoid road obstacles. However, it’s actually more complex than the technology used on cars.

According to the patent, when cornering automatically, the bike uses  GPS and other sensors to straighten corners, take a wide entry line, cut toward the apex, and drift wider on the exit, all while remaining in its lane. It also demonstrates how, when following another bike, the system will shift to one side of the lane to create a staggered pattern and provide more stopping distance.

Da Vinci Dynamics’s DC100 claims to have the ability to self-balance and follow you around using an electronic power steering and six-axis IMU.

Canada-based Damon Motorcycles has developed the HyperSport that delivers groundbreaking technology, unparalleled safety and zero tailpipe emissions. Proprietary features include the CoPilot™ advanced warning system and Shift™, which transforms the riding position between sport and commuter modes while in motion.

In 2016, BWM teased a concept motorcycle as part of their “Vision Next 100” with an AI powerful enough to eliminate the need for the rider to wear protective gear, including a helmet.

It has a self-balancing system that can keep the bike upright both when standing and in motion. The concept bike boasted two unique tools: