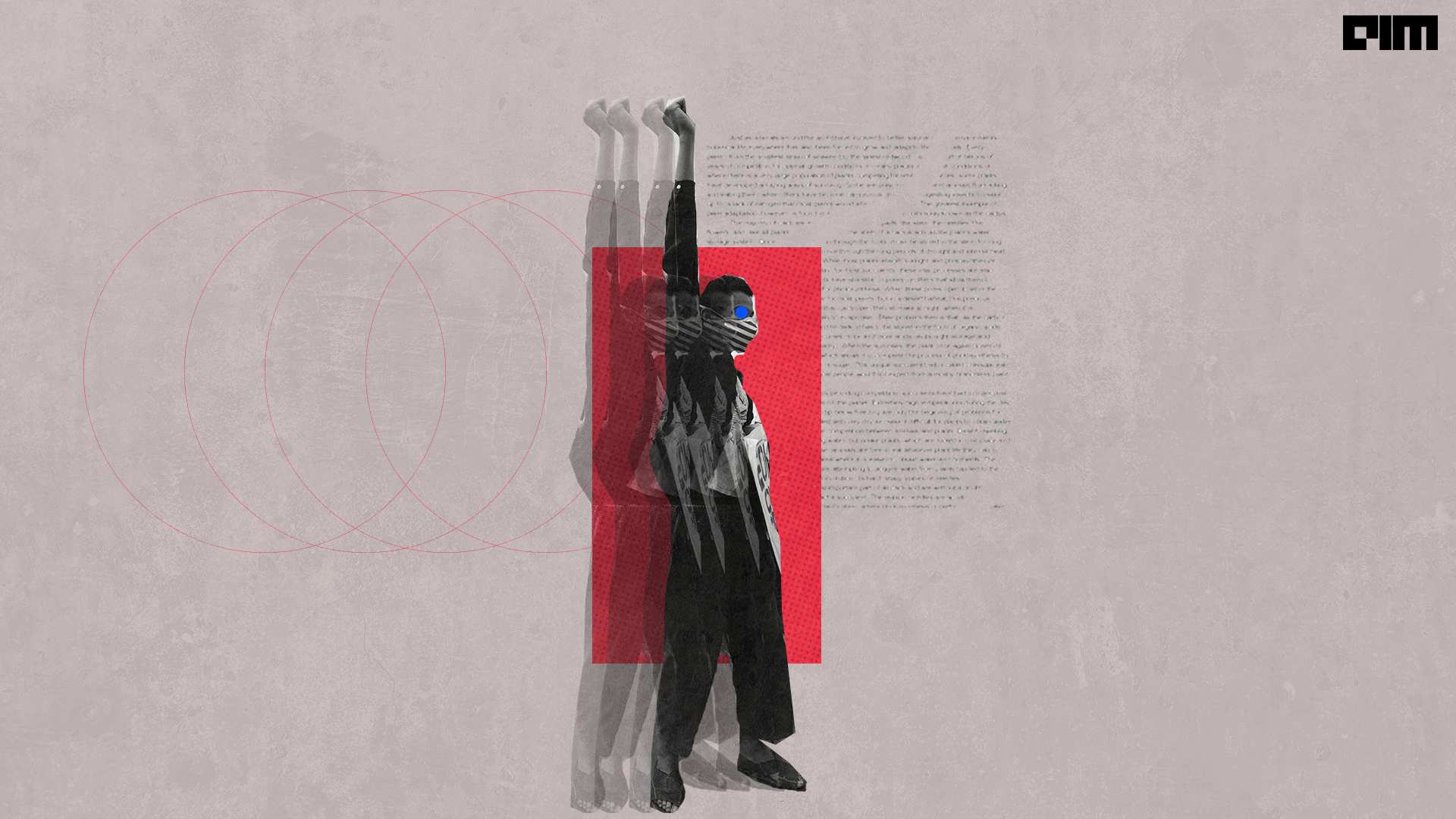 Precision and Recall are two of the most important metrics to look at when evaluating an imbalanced classification model. These help us to find out what fraction of the actual positives were classified correctly and among the ones classified positive, what fraction were actually positives. Going ahead, we will try to explore the significance of these and thresholds in detail.

The topics that we will discuss in this article are the following:

What are Precision and Recall?

To understand from an example, let’s imagine we’re casting a fishing net in a lake and hoping to catch some fish. However, there are some stones as well in the lake and it’s likely that our net will end up catching some stones as well. Now there can be a few different ways to look at this situation:

Think of the fishing net as the model which gives out some outputs (preferably, fish). However, just like everything in life, no model is perfect and hence, our net catches some stones as well along with fish. The fish present in the lake is the Relevant outputs. The Retrieved output contains some fish and some stones.

Precision = fraction of fish among the retrieved stuff

Recall = fraction of fish retrieved from the lake

In Case 1, we want to maximize Recall and ignore Precision.

In Case 2, we want to maximize Precision and ignore Recall.

In Case 3, we want to keep a balance between Precision and Recall and try to maximize both at the same time. This is an ideal situation.

Now we can formally define Precision and Recall as follows:

To classify an output to either class (0 or 1), we need to apply a threshold filter (just like the fishing net). For example, a default threshold of 0.5 is taken to classify outputs (any output >= 0.5 will belong to class 1). I have talked about how different thresholds might be useful for different kinds of problems here.

Coming to the question of why we need a PR curve when we already have the ROC curve (which plots True and False Positive Rates for different thresholds). Here are 2 reasons why we need PR curve:

How to read a PR Curve 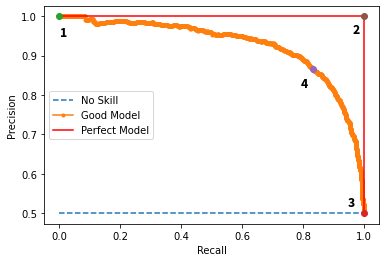 Some important pointers on the curve:

The Area under the PR Curve is a metric that helps us compare 2 similar looking curves. Higher the AUC, the better the performance.

The baseline of PR Curve 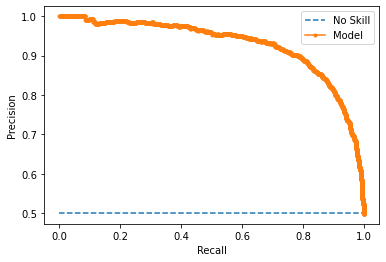 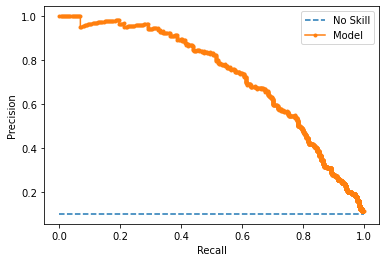 The Baseline of a PR Curve changes with class imbalance, unlike ROC Curve. This is due to the fact that Precision of a No-Skill model (which gives 0.5 score for every output) directly depends on the class imbalance.

From here on, we will stick to a 10% positive class dataset (as is the case for so many real-life datasets).

PR Curve of a ‘No Skill’ Model 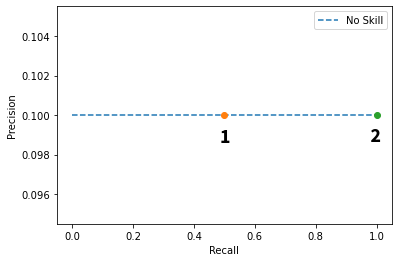 The PR curve of a no-skill model (which gives 0.5 output for every data point) consists of 2 points:

Does Deep Learning Suffer From Too Many Optimizers?

PR Curve of a Perfect Model 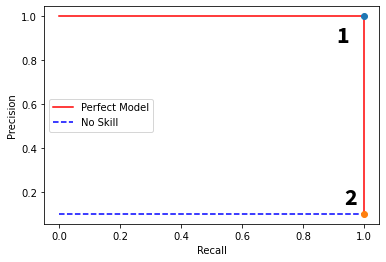 The PR curve of a perfect model also consists of 2 points:

PR Curve of a Good Model 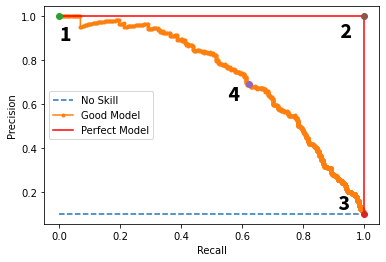 The PR curve of a good model consists of as many points (or thresholds) as which result in a different set of precision and recall for the dataset:

PR Curve of a Bad Model 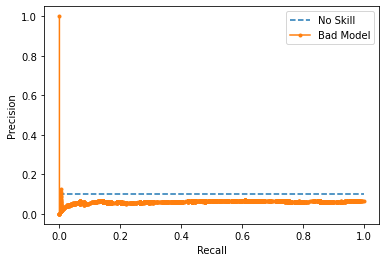 The PR curve of a bad model goes even below the baseline. The curve indicates that the model performs even worse than a no-skill model. 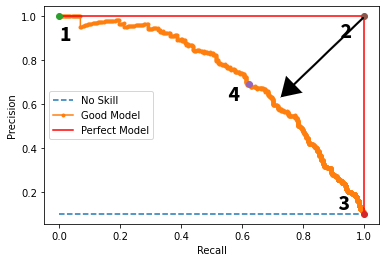 Since we now know that a good model’s PR curve approaches the Perfect model point (i.e. the point 2); it is quite intuitive that the optimal threshold for our model is going to be corresponding to the point on the curve which is closest to Point 2.

Here are 2 ways to find the optimal threshold:

Some key pointers worth noting:

Today, we’ve learnt all the basics of PR Curve and how it is used in classification problems and its utility! I hope now you won’t have any problem working with PR Curves in your future classification models. 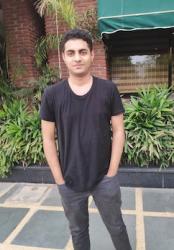