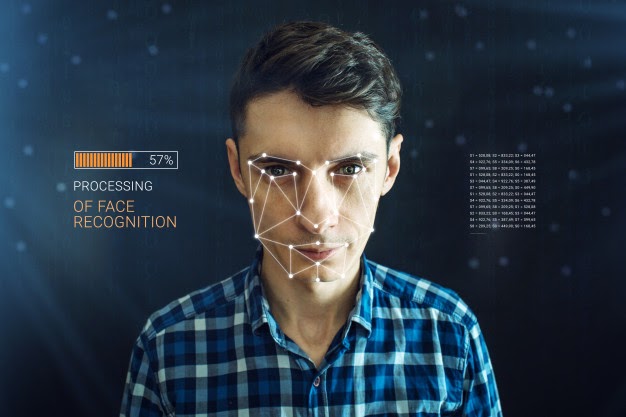 Facial recognition, the most scrutinised technology of our era, has penetrated all walks of human life. Be it in convenient stores, online banking, personal devices, social media platforms, or public spaces, there is no escaping this tech. That said, the technology itself isn’t entirely new. The first use of facial recognition dates back to 1964. American mathematician and computer scientist, Woodrow Bledsoe, used a computer program to match the suspects with mugshots. Facial recognition technology has come a long way since then, leveraging advanced machine learning and artificial intelligence to recognise human faces.

Many studies have shown that the deep learning approach can advance technology to beat humans in facial verification tasks. The neural networks were first incorporated into facial recognition systems in 2014 with Facebook’s DeepFace roll-out.

While deep learning has massively impacted the technological advancement of facial recognition systems, it came at a cost — such as violating the norms of consent, automatic feature extraction, and, most importantly, privacy issues. A recent study, by Inioluwa Deborah Raji, an Ottawa-based research fellow at nonprofit Mozilla and Genevieve Fried, a legislative fellow at TechCongress, belabours the point.

Also Read: Is There A Case Of Regulating Facial Recognition Technology?

The Outline Of The Study

The researchers have surveyed 133 face datasets amounting to 145 million images of over 17 million subjects from various sources, demographics and conditions from the 1960s to 2019. The study discusses how the overbearing data requirements of deep learning models can be harmful and problematic, as it majorly ignores people’s consent in extracting facial information — making a case for a more grounded understanding of the technology’s function in the real world.

The datasets for the study included 2018’s Celeb dataset of 500k images and the FRVT ongoing challenge data from NIST with over 14 million faces. On the other hand, the smallest dataset of the study, 1988’s JACFEE, included 54 images of 4 people. The materials were analysed chronologically to surface the trends in designing the benchmarks and datasets, and map how these aspects can create misunderstandings about thee technology’s limitations.

According to the researchers, the tasks, on which these deep learning-based facial recognition systems are tested, are highly influenced by the people creating and funding the dataset. Often, the goal of the developed technology is explicit and specifically defined in the design of the evaluation. Explaining an instance, Raji wrote, “The NIST FRVT dataset is funded by the Department of Homeland Security, and therefore, the data sourced for it are from the US Department of State’s Mexican non-immigrant Visa archive.”

Alongside, when the data requirements for model development were low, the common practice was to set up a photoshoot for capturing images of the subject, where the subject’s consent for participation and photo ownership played a crucial role. However, as the models advanced, producing high-quality datasets in this vein became highly expensive. Now, datasets are gathered from law enforcement, web searches, surveillance camera footage, or crowdsourced from willing participants. As the datasets got heavier, obtaining subject consent or recording demographic distributions or maintaining dataset quality were neglected.

“Although face data is a biometric information as unique and identifiable as a fingerprint, it is also casually available in many forms and can thus be passively collected in ways likely to perpetuate severe privacy violations,” wrote the researchers.

Acknowledging the importance of a model’s evaluation process, researchers stated that guaranteed data consistency is imperative for a reliable model evaluation. The increasing usage of web-sourced data leads to many inconsistencies. Researchers also believe the framing of evaluation calculation can also be diplomatic, “with various institutions at various points re-framing reported calculations in order to appear better performing,” wrote Raji. The paper claimed that Amazon explicitly manipulates accuracy reporting by evaluating their facial recognition products on a higher threshold to claim better performance, even though the real-world applications work at a much lower default threshold.

The above observations have shaped the entire facial recognition tech, starting from the nature of data collected and the benchmarking used, to the evaluation metric, and the definitions of tasks. Researchers have said these aspects, that has massively improved this technology, “must acknowledge its legacy as a military and carceral technology, and the contribution toward those objectives”.

Neglecting the complexities will do a disservice to those who are most impacted by its careless deployment. With this paper, Raji presented a reliable representation of these systems’ performance and hoped to provoke researchers to reflect on the implications deep learning can have on the privacy aspect of the facial recognition tech.