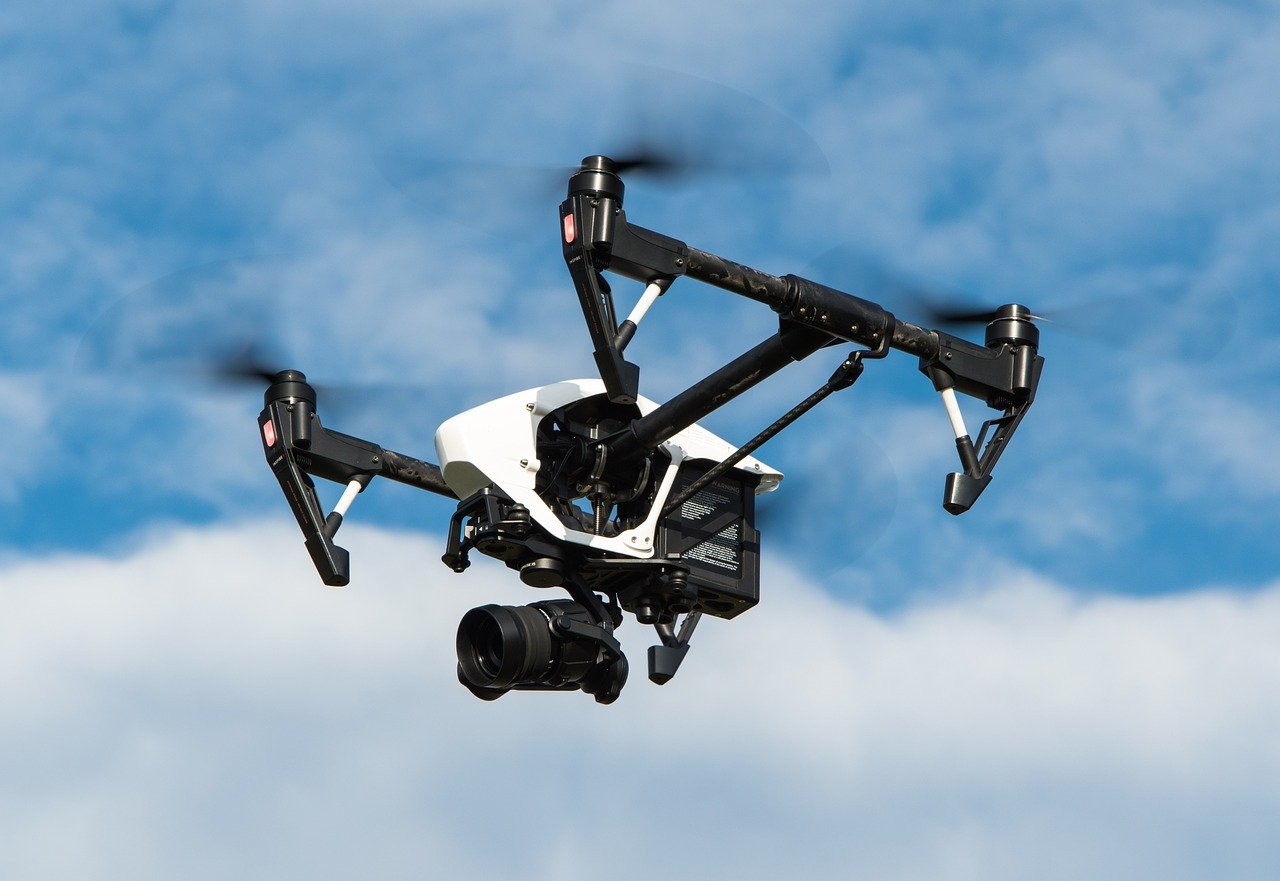 Co-founder and CEO of Integration Wizards Solutions, Kunal Kislay is…

Drone is an unmanned aerial vehicle (UAV) that’s primarily used in the military for strikes, surveillance, and carrying ammunition. About thirty per cent of drones across the world have non-military uses in commercial, scientific, recreational, agricultural and other fields. The Indian military has deployed drones for tracking enemy movements along international borders, in rescue missions, and emergency services.

Automated drones can be programmed to be controlled by an AI application for routine jobs and sometimes do not require human intervention. The drones flight-path can be pre-programmed along with the use of computer vision; they can achieve a wide array of tasks in remote areas or areas that are difficult to navigate for people. Drones are being used for development purposes like aerial mapping and monitoring critical infrastructures like ports and power plants. The most important feature of a drone is its ability to go to places that are difficult for a person to reach and the ability to zoom in and see things in detail. Unfortunately, this is its most significant disadvantage too because it poses a great threat to personal and national security.

To talk about some sectors:

Healthcare: Drones can be used for the collection of blood samples and for delivery of medicines, especially in a geographically diverse country like India where travel by road is often not the fastest. Mountains with treacherous roads, dense forests, flooded areas are places where the sick have difficulty accessing healthcare. Drones will be able to save critical time and eventually, lives. Transport of organs from a donor to a recipient through cities with heavy traffic is again one of those cases that will benefit greatly from drone deliveries.

Agriculture: Drones can be used for aerial survey to collect data about the soil, monitor crop health, spray fertilisers and analyse the weather. Paired with camera and computer vision, this could enable a fast tracing of diseases and save time and money for the farmers.

Disaster management (Rescue and relief): The most impairing aspect of a disaster is the inability to reach people because of roads being damaged. Drones can be used to survey areas, and send live information about trapped people, drop supplies to remote places and also help in planning rescue operations.

Iran, Iraq and Morocco are among a few of the countries that have banned the usage of drones. India too imposed a temporary blanket ban on drones in 2014, a move that cost the country greatly by losing an opportunity to develop drones and technology to fly them. The blanket ban was lifted later, and step-by-step regulations are being created to monitor drones. Questions regarding the safeguarding and ownership of airspace and trespassing of privacy stares lawmakers right in the face. In America, the primary argument against the usage of drones was their ability to collect information and data discreetly, exposing the citizens to several forms of privacy breaches. Unregulated drones are also at risk to collide mid-air.

In December 2018, drone sightings near the Gatwick Airport runway forced a shutdown and cancellation of hundreds of flights for two days, resulting in stranded passengers and unexpected flight diversions. This incident became one of the leading cases worldwide that demonstrated the chaos unregulated drone movement could cause.

The first notification on drones was given in Public Notice issued by the Office of the Director-General of Civil Aviation (DGCA), India’s civil aviation regulator, on 7th October 2014. As the discourse on drones developed, the guidelines and protocols became more sophisticated. Only Mini and Macro drones were allowed to be flown with visual line of sight (VLOS), based on the 2016 guidelines released.

2017 regulations stipulated that “all UAVs, irrespective of weight category are to be flown maintaining Visual Line of Sight (VLOS)”. 2017 guidelines have gaps when it comes to issues like legal liability, import controls and no provisions to ensure no interference by two drones in the other’s independent operations. All drones must have a Unique Identification Number (UIN) for their UAV and security clearance from the Ministry of Home Affairs before being operational. When it comes to legal liability – The Draft 2018 DGCA Guidelines assigns the legal responsibility of UAV to their respective operators.

In June, the Ministry of Civil Aviation published the draft Unmanned Aircraft System Rules, 2020 that deal with several aspects of flying drones in India.

According to a report by Markets and Markets, the UAV market is projected to reach USD 45.8 billion by 2025, at a CAGR of 15.5% from 2019 to 2025, globally. The wide popularity of drones can be accredited to the multiplicity of usage and its ability to be integrated with artificial intelligence. The ongoing COVID-19 pandemic poses humongous challenges on the scale, roping in disruptive technologies like drones, AI, machine learning, GIS to help people defeat it, across the world. Drones were used to identify people’s heart and breathing rate and those higher temperatures than usual to help authorities segregate suspected people from the non-infected ones.

China built a hospital in record time, using drones to light up the areas where construction was happening 24×7. China also used drones to transport medical samples and other supplies- something that the USA and the Dominican Republic had already explored before the pandemic hit. The population of Madrid, Spain, was made aware of the state of emergency imposed by the government in early March by the help of drones. They have also been used for making public announcements about maintaining social distancing, wearing masks and taking necessary precautions, especially in rural areas that lack access to proper communication.

In India, the social distancing between citizens was monitored using drones in Asia’s biggest vegetable market- Azad Mandi, Delhi. Tamil Nadu became the first Indian state to use drones for a sanitisation campaign that will have 300 drones and 500 drone pilots to sanitise the roads, metros, and hospitals across the state. According to a release by Agriculture Ministry, “India is the first country to control locust by using drones after finalising the protocols and getting all statutory approvals. Major operations are concentrated in Rajasthan where maximum resources are committed,”.

Future of Drones in India

According to a report by FICCI and EY, the Indian unmanned aerial vehicle (UAV) market is expected to touch $885.7 million by 2021. Drones have multiple uses across several sectors in India. With appropriate regulatory policies, they will soon start operations in more and more sectors.

Regulations for Drones in India are created under the Aircraft Act, 1934. In June, the Ministry of Civil Aviation published draft rules on the Unmanned Aircraft System Rules, 2020. The rules are being laid down to enable drones to play a greater role in civil usage while safeguarding the privacy and safety of citizens of India. Currently, No Permit No Takeoff (NPNT) clause enables drone pilots to fly drones in around 70% of Indian airspace called green and yellow zones.

The skies are almost clear; the future of drones in India is ready for take-off.

This Is The Perfect Time For Zomato, Swiggy and Dunzo To Take Their Drones Out In India