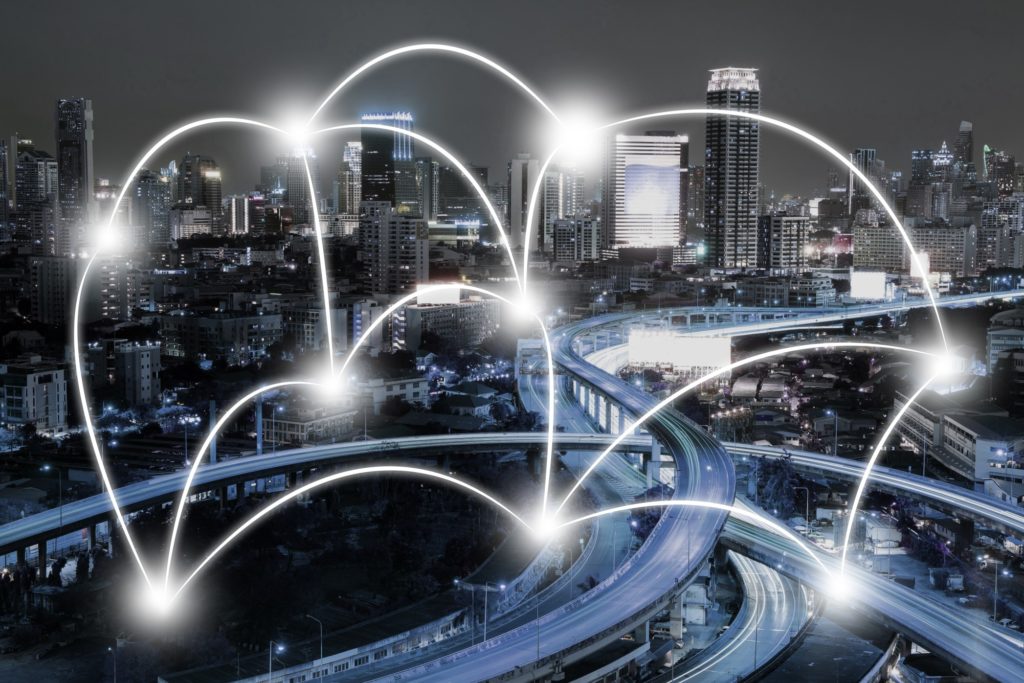 A region where AI applications have seen fast advancements is Intelligent Transport Systems (ITS). These frameworks point to move forward driving involvement employing an assortment of innovations and communication frameworks. They capture vital information that can be coordinated with machine learning innovation. In the future, data complexity will increment as ITS proceeds to create, and subsequently, deep learning techniques will be fundamental to discover designs and features in this information to attain a connected transportation framework.

There have been several attempts to classify the time, place and extent of an accident to assist traffic management in reducing congestion. These attempts range from manual reports to automated Neural Networks algorithms. Manual reports written by humans can delay the identification and cost-effectiveness of incidents. On the contrary, by collecting data from sensors along the road, algorithms can calculate the flow of characteristics before and after the accident.

Accident detection algorithms were first introduced using statistical techniques like the California Algorithm. Nonetheless, due to street parking and traffic signals, it is difficult to use an algorithm on arterial roads. For this reason, neural network methods have been developed with algorithms. A neural network classification algorithm has been tested to identify accidents in a freeway.

The rapid development of ITS has increased the need to propose advanced methods for predicting traffic information. These methods play an important role in the ITS subsystems’ success, such as advanced traveler information systems, advanced traffic management systems, advanced public transport systems, and commercial vehicle operations. Historical data derived from sensors connected to the roads are used to build intelligent predictive systems. Instead, for real-time, short-term and long-term forecasts, these data become a source for machine learning and AI algorithms.

In the past, by using simple feedforward neural network, research focused on short-term stream prediction. Another research in Queensland, Australia, used field data from a 1.5 km section of a highway. An object-oriented version of the neural network was developed with a persistent time-lag network (TLRN). With 90–94 percent precision, the system was able to predict speed for 5 minutes in the future. Also, when using speed and flow as an input to the network, it predicted travel time up to 15 min with the same accuracy as speed prediction.

Elman Network is another form of the recurrent network. Therefore, ATOS Scientific Community developed a Pattern-Based Strategy (PBS). Recognition of patterns can be categorized into, first, supervised learning in which the information used with the correct output was labeled. Second, unmonitored learning where unlabelled data is used to find a pattern and find the right output; and Semi-supervised learning with little-supervised data used with a gigantic amount of unlabelled data for pattern recognition analysis. Data were collected from the city of Berlin for speed and flow rate and the findings exhibited a forecasting accuracy of 93% for speed and 86% for the flow rate.

AI has been recognized to be more effective in managing the flight journey. AI can assist with technology- machine learning, software/hardware, and various applications- intelligent maintenance, optimization of the flight route. To extract information from highly dense aviation reports and change it to help the vector machine and SA algorithm systems, a system called PLADS was developed. This showed that for this form of classification, SVM gives good results. Whereas, a study has shown that the unsupervised machine learning algorithm is effective to use when landing an aircraft to increase safety.

On the other hand, another analysis tested the security of the aircraft using the Probabilistic Neural Network (PNN) to test the engine onboard. PNN learning for the network needs more neurons in the hidden layer of RBN, using a radial base function instead of the linear model. In addition, a study developed an automated supervised Random Forest system for more accurate detection of aviation turbulence which can help the pilot to avoid deviating from the predetermined path, minimizing fuel cost, and enhancing air control management.

Particularly in dense urban areas, shared mobility economy has become exciting as this has led to a reduction in congestion and emissions in inner-city traffic, with the potential to provide strategies for eliminating single or less occupant personal vehicles on the road. It enables a win-win approach that provides short-term socio-economic benefits in addition to effective long-term sustainable solutions by new adoptions to alleviate traffic problems and environmental impacts.

The sharing economy’s strength lies largely in the transport and lodging markets, where Uber and Airbnb are the leaders of the sharing economy industry. In the transport sector, the evolving sharing economy has a potential interest in developing business models to develop new shared mobility services in order to provide a sustainable transport network and address the gap of fitting the demand with the supply more effectively. Specifically, on-demand sharing of bicycles, vehicles, and rides has caught the imagination of many consumers. These shared mobility solutions also tackle the big “first-mile, last-mile” shortcomings.

Because buses play an important role in the public transport system, several studies have been carried out to make bus trips and destinations safer and more efficient. Hybrid Ant Colony Algorithm is used by a study to control the bus schedule. Both are efficient and reliable for optimum bus driver scheduling. In addition, ANNs are powerful to use by forecasting bus arrival times to reduce waiting times for passengers. Application in buses has also been applied to automated bus layout.

With a solid dual-mode architecture, iBus was introduced. Three processes are identical to a human driver: perception, decision making and taking action but with the use of software and hardware. In China, this iBus has been evaluated called an Alpha Bus. A signed agreement was also reached on the trial of an automated shuttle service in Sentosa in 2015 and by 2022, Singapore’s commuters will be riding the Smart bus in three districts: Punggol, Tengah and the Jurong Innovation District (JID).