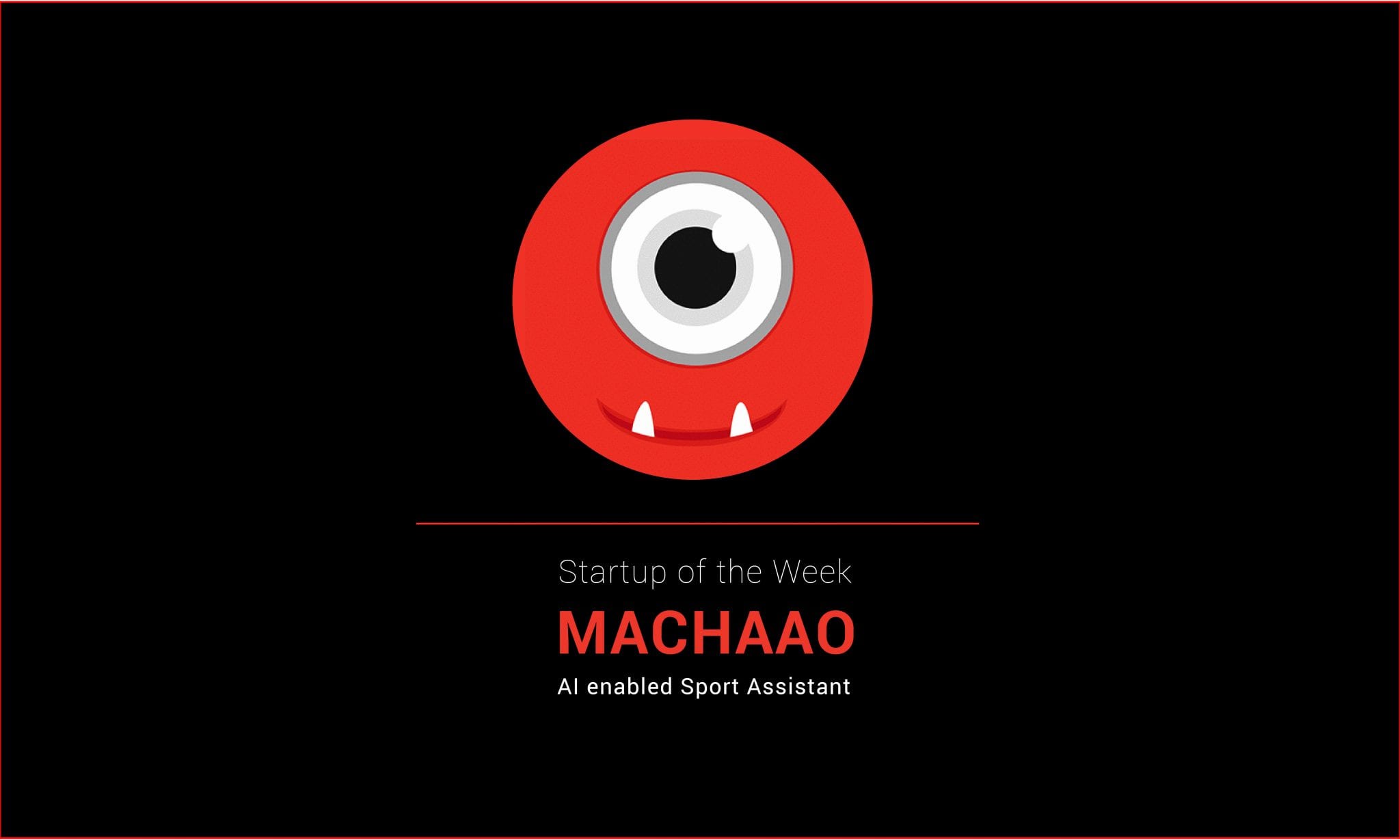 We bring to you another startup racing up the competition in AI space- Machaao, that brings to you an AI enabled sport assistant called Ganglia. Before you start wondering why the name Ganglia, Aditya Chavan, Growth Hacker and Co-founder at Machaao explains “the name Ganglia comes from basal Ganglia which is that part of your brain that lights up when you experience happiness and ganglia also plays a role in learning. So, we at Machaao decided to name our AI Bot Ganglia”.

Machaao’s Ganglia, which is available on the Messenger, happens to be the only chatbot till date that offers near real time Cricket Score at personalized intervals. With Ganglia, the Machaao team very clearly intends to mark the end of an era where cricket fans had to log onto different websites or download apps to get score update by continuously clicking refresh button.

How did the idea of Machaao conceptualize? Initially launched as an app, Machaao was founded in 2015 by Aditya Chavan and Harshal Dhir.

Chavan says “According to Localytics Survey 52% of mobile users find push notification to be annoying. We conceptualized a system in 2015 which could send contextual notification keeping it all relevant. It was during this period that we launched our POC Machaao as a contextual messaging App on Apple App Store and Android Play store”. It allowed users with similar interest connect and chat.

“It was during 2015 Cricket World Cup that we realized the power of contextual Messaging for Sports and especially Cricket. So when in 2016 Fb opened up their Messenger platform for Bot developers it made complete sense for us to plug our engine with Messenger and harness the power of social network”, notes Chavan. One of the key features of Ganglia is that it sends out only the relevant and required updates.

Explaining the need of personalized updates, Chavan says “A majority of girls in India do not follow Test Cricket but they Love Virat Kohli, and rightly so. Understanding your needs, Ganglia allows you to follow Virat Kohli, which means you get a personalized notification on Messenger when Kohli comes to Bat, hits a Four or a Six. For more die hard fans, you can follow your favourite team’s score by setting up score intervals for every over or after 5 overs.”

Its enabling the cricket fanatic to follow the score ball by ball while facilitating dynamic configurations that could be changed at any stage of an ongoing match. “For instance, in second innings of a Test Match if wickets matter more than runs, fans can switch the score intervals from every 5 over to every wicket and Ganglia obeys every single time”, adds Chavan.

The AI and analytics play-

The underlying technology for this amazing chatbot is artificial intelligence. Adding a note on the same, Chavan says “At Machaao we believe every fan is unique, and needs to be served with personalized score. Our AI algorithm at one end keeps a track of every ball bowled in a Cricket match, and on the other side learns the ever changing needs of fans and serves them with exactly what they want from an ongoing match.” AI ensures that every notification sent out is contextual. “Our retention rate of 30% on Day 45 confirm our hypothesis of need for personalized score update”, adds Chavan.

Coming to the analytics part of it, Chavan confesse “Analytics is the backbone of any consumer product. There was a time when we were shooting darts in dark. When we started back in July 2016 there were no analytics so the only way one could figure out what was happening is by reading the incoming message manually. And we did that” he adds.

He further notes, “Harshal and I have read every single incoming message for first 10,000 users to ensure we were responding to all the questions asked.” But now they rely on Facebook and Dashbot for data analysis of ongoing campaigns and acquired users.

The journey that wasn’t easy-

Although the research in AI space has been going on for last 20 years, it’s only in 2016 that the space really exploded. It is only recently that new and innovating bots are spawning across multiple platforms. And amidst this scenario Chavan feels that the biggest challenge for any AI space company, be it startup or not, is Monetization.

“It is very similar to being in App space in 2008 and we all can look back and learn from the recent past to shape our future well,” he adds.

“With 230k+ users and a million lessons, it has been an exciting journey”, notes Dhir.

He says “when we started, there was a disbelief amongst our team and some of the team members really did not back our decision of switching from App to Bot, but Harshal and I were sure of what we were doing.” Chavan however doesn’t blame them as after having invested time, money and resources in making a market ready App, the initial resistance was much anticipated. “We were in process of getting funding for the App and the investor eventually backed out because we switched the course”, he adds.

That’s not all, the first couple of months were hard without analytics. “It was only after our engagement with Dashbot that we got a deeper insight of our audience and we knew that we had a market fit”, notes Chavan. Talking about being accepted to FB, Chavan says “Getting accepted in Fb Start was really special, Facebook has been really kind to Machaao in taking care of upcoming tech needs and guiding us whenever needed.”

In the last three months, Machaao has broken the initial myth that bots are for techies or Metro cities as the people are using it from the remotest locations in India, Pakistan, Bangladesh or Afghanistan, who don’t understand English.

“It’s just hitting the right use-case. We went on to continue with our course and in Feb 2017 we did a tie up with Pakistan Cricket Board and became the First Bot to acquire rights to distribute Live Match Clips via Messenger. We’ve had more than 60K video clips viewed so far”, adds Chavan.

Being a unique combination of hottest tech and the ever trending sports, Machaao offers a great investment opportunity for consumer space investors. This one of a kind Sports ChatBot which offers a direct access to the cricket fans and is a great opportunity for Sports Brands and T20 League Franchises to do brand promotions and get the right crowd going.

On a concluding note Chavan says, “to all the developers who intend to jump into bot space, bots are here to stay, so get into it without a doubt. To ratify your bot idea, simply try and dry run your idea by having a real human conversation where you play the bot, if you are able to give a satisfactory solution at the end your conversation, your bot idea is bound to click. And when you’ve finally taken the leap of fate, focus really hard on your bot script, as it’s the bot script that on boards and engages a user”.