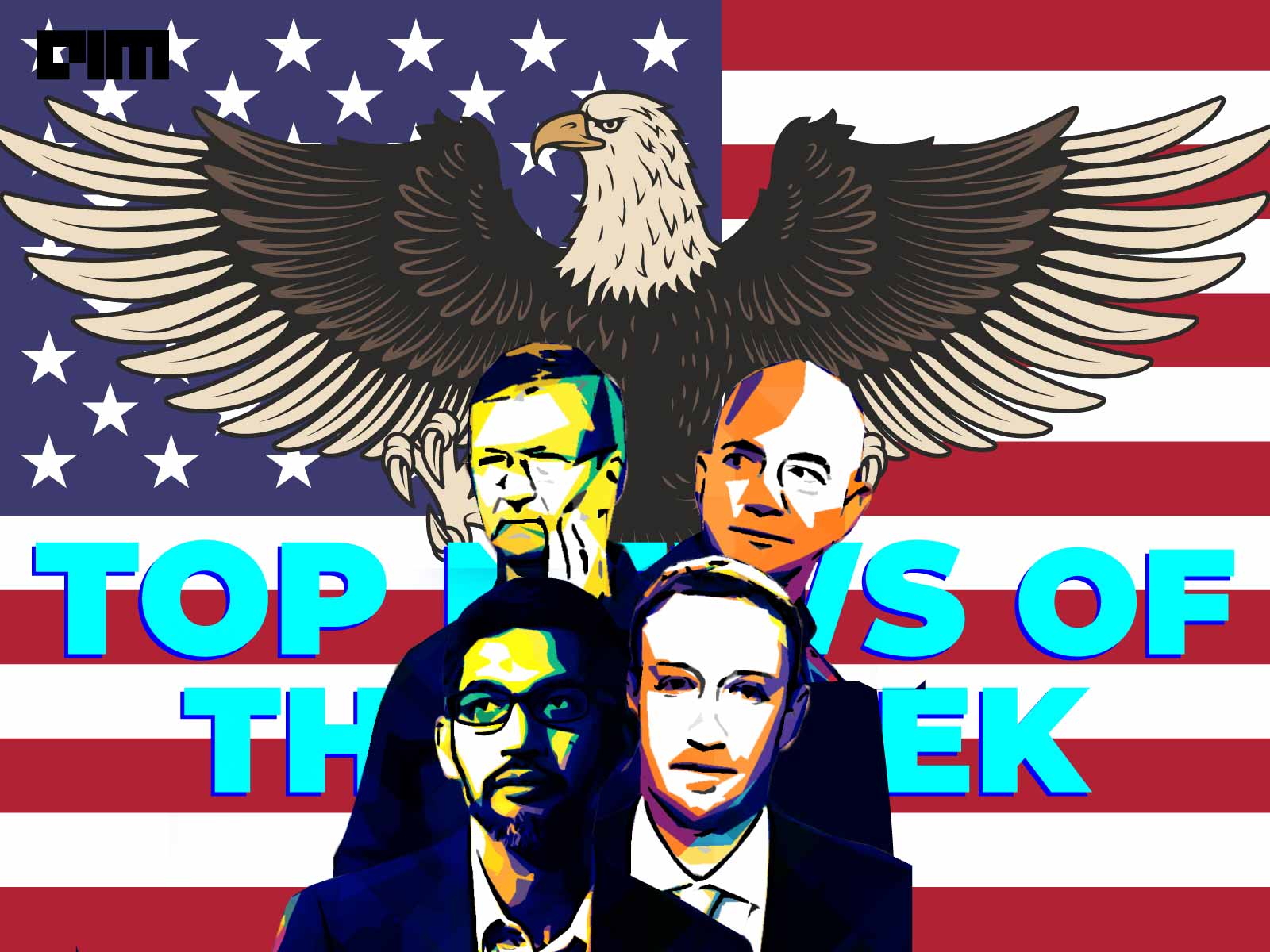 The US Congress is trying to pull off a Teddy Roosevelt on the gatekeepers of the internet aka the big four. In a report spanning close to 500 pages, the committee detailed the various ways in which Google, Facebook, Apple and Amazon have strong armed their way into market dominance. The report was followed by rebuttals from the respective companies, trying to make a case for their practices.

On the surface, the whole commotion doesn’t look pretty for the internet behemoths and there is no doubt that there will be more news to follow in the coming weeks. Talking about news there is more to this week as the AI community was served with two mega events—NVIDIA GTC and RAISE 2020.  Check the highlights in the week’s top news brought to you by Analytics India Magazine.

Another Big Chip Buy Out?!

On Thursday, reports of another mega chip deal broke out. AMD is in talks to buy their rival Xilinx for $30 billion. NVIDIA already made news last month with its purchasal of Arm for $40 billion. Now, AMD wants to fortify its footing in the FPGA markets, which are dominated by Intel. AMD’s shares surged during the pandemic thanks to the rise in demand for PCs and gaming consoles. If this deal comes through, then it might create more headaches for Intel whose last quarter’s performance has been lukewarm.

Minister of IT, Ravi Shankar Prasad elaborated on the Government’s emphasis on developing AI capabilities in the country. He said that the government has set up AI centers of excellence and that more such centers will be set up to train the youth.

Check the highlights from the summit :

Announcements Made At RAISE 2020 So Far

IBM To Shed Its ‘Legacy’

On Thursday, International Business Machines(IBM) announced that their managed infrastructure services business of the GTS segment will become an independent company by the end of 2021. This move is not so surprising as it seems to be. The company’s chief, Arvind Krishna has been eyeing the lucrative cloud markets for a while now. With this new company, IBM wants to focus on its open hybrid cloud platform and AI capabilities and on delivering managed infrastructure services.

IBM also stated that their new spin-off company is in touch with 4,600 clients in 115 countries and operates in a potential  $500 billion market. “The new company would be able to partner across all cloud vendors, providing the opportunity for stronger profits and cash generation,” IBM said.

The Noose Gets Tighter

On Tuesday, the House Antitrust Subcommittee in the US released a report alleging the world’s largest tech companies of unfair tactics to attain market dominance. The report was part of year long investigation by the subcommittee.

Citing Google’s tactics, the report stated that Google purchased Looker for $2.6 billion to “add a new analytics tool for Google Cloud’s customers.” Google acquired firms that were multi-cloud solutions but, after acquisition, Google made them compatible only with Google’s cloud infrastructure, at times integrating them into first-party PaaS and SaaS offerings only available through the Google Cloud Portal. The report unsurprisingly, was met with some furore from the tech giants. Amazon even published a blog elaborating and in a way, refuting the allegations levied on them.

Facebook too, had a lot to say. According to the Wall Street Journal, Facebook argued that unwinding of Instagram and WhatsApp would be nearly impossible to achieve, forcing the company to spend billions of dollars maintaining separate systems, weakening security and harming users’ experience. “A ‘breakup’ of Facebook is thus a complete nonstarter,” said the company. While Apple, Facebook and Amazon had their own share of allegations, Google got special attention, which can be noticed from the number of pages dedicated to the search giant in the report.  “Google—through both integration and contractual agreements—has established itself as the default search provider on 87% of desktop browsers and the vast majority of mobile devices. Specifically, Google used its search dominance to promote the use of its Chrome browser on laptops, personal computers, and workstations, which sets Google Search as its default,” alleged the committee in their report.

This week, NVIDIA concluded its flagship GTC event. On Day 1, CEO, Jensen Huang, delivered the traditional kitchen keynote underlining the various ways in which the chip maker has pushed the envelope of AI as a domain. Huang showcased various products in a nine part keynote. From establishing modern data centers to toolkits for robotics, from movies to games, this year’s GTC had many surprises. Check them below:

On Thursday, Waymo opened up a fully driverless offering to Waymo One riders. Members of the public service can now take friends and family along on their rides and share their experience with the world. In the press release, the company stated that their 4th-generation Waymo Driver was significantly more sophisticated than Firefly’s technology, and for the last year, has pioneered fully driverless, paid rides on high-speed roads across a service area larger than the city of San Francisco.

The company even claimed that soon 100% of rides will be fully driverless. From this week, Waymo One users can access these driverless services and soon Waymo will allow others directly into the service through their app.

According to reports, US based Command Sight is working with the military in developing augmented reality goggles for dogs. These goggles, if successful, will help the soldiers direct the dog from a great distance. The Seattle based company Command Sight is designing devices that are customised for every dog and can help lead the armies in tactical and riskier operations.