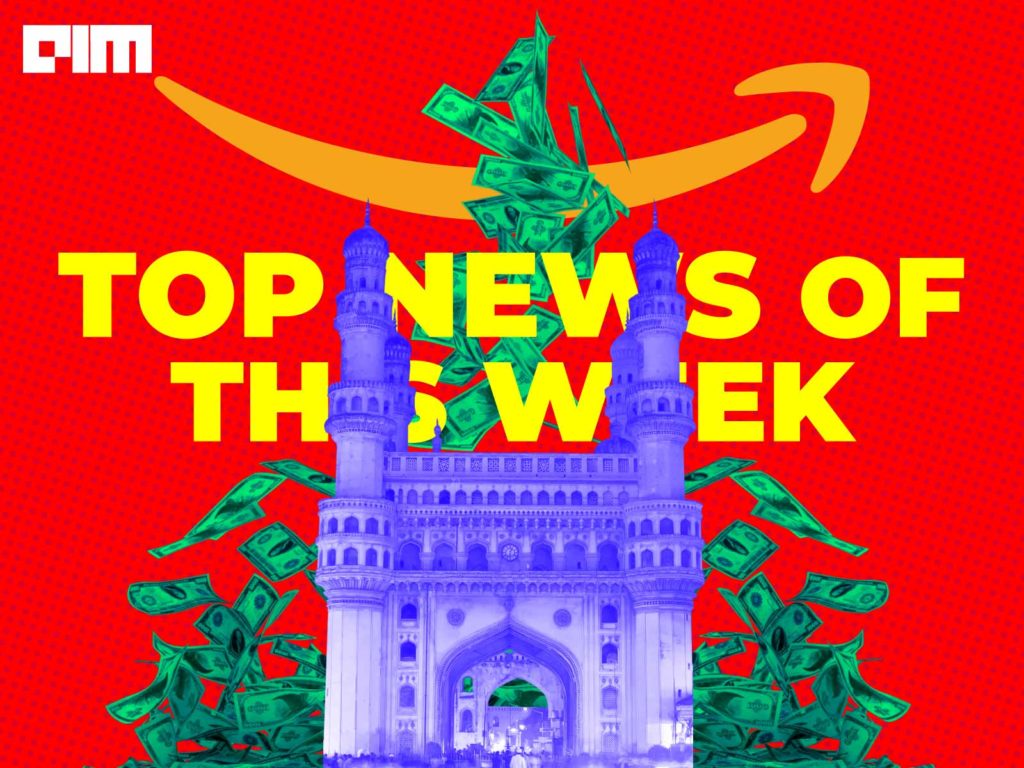 As the world watched American election drama unfold, the stock market was rallying in favor of big tech. The internet companies which were under fire from both sides will benefit from a divided Congress as it makes it harder to pass legislation against tech giants. However, Twitter and Facebook continue to stumbled into more goof ups. Twitter even blocked President Trump’s tweets on election night. Looks like the gatekeepers of the internet and their semi-algorithmic content moderation  will be looked at more closely in the coming months given the recent events. As we write this article, the results are still not yet declared and the big tech continues to influence one of the biggest events. But, it looks like Californians are not at all happy with so much of big tech and they voted in favor of a privacy law that can give one full control of their own data. Read more about this new law in this week’s top news brought to you by Analytics India Magazine.

They have also collaborated with ISB Hyderabad and will be analyzing the data that is generated by the Railways. The Chairman has also said that a Centre for Excellence will also be set up in the next three months.

Yesterday, Amazon announced  that it is expanding its services to include a second infrastructure region in India by mid-2022. The new AWS Asia Region, will join the existing nine AWS Regions and 26 Availability Zones across Asia in India, Australia, Greater China, Japan, Korea, and Singapore. The new AWS Asia Pacific (Hyderabad) Region, said Amazon, will enable even more developers, startups, and enterprises as well as government, education, and non-profit organizations to run their applications and serve end users from data centers located in India. “We have more than 15 million students using BYJU’S mobile app, and we could not support that number without being on AWS,” said CTO, Byju’s.

This week, residents of California voted to preserve their online privacy rules. The state voted in favor of Proposition 24, which will create a state agency to enforce internet privacy regulations. Support for this landmark privacy law can set a new precedent for the whole country.

This law promises to empower the consumers by allowing them to exercise full control over their data. California’s law primarily provides the right for consumers to request the businesses to show the kind of personal data that is being collected.

But, few reddit users pointed out the flip side of this news. One user wrote that California already had such a law, but it took 3 years to go into effect – in 2020. So, California will wait until 2023 now. “In addition, the new law requires consumers to notice when their data is being stolen and take the time to report it. Whereas the previous law allowed the government to enforce privacy rights on behalf of citizens without a formal complaint from the citizens.”

According to reports, Intel has acquired Cnvrg.io, an Israeli company that builds end-to-end machine learning platforms to build and deploy AI models at scale. Few days ago, Intel acquired SigOpt, an optimization platform for running machine learning simulations. Now with acquisition of Cnvrg.io, Intel aims to strengthen its ML capabilities with MLOps, dedicated operating systems for ML developers and optimised platforms. With AMD and NVIDIA closing the gap, Intel’s strategies have been obvious and is to go bullish with AI and ML. Intel has kept the details of these transaction under wraps. Read more here.

Late Tuesday, the Shanghai Stock Exchange suspended Ant’s IPO after a meeting between controlling shareholder and Alibaba founder Jack Ma and two others. Ant Group is the largest fintech company in China and was enroute to becoming the biggest IPO in history. Alipay has over 1B users, which is 3X the number of Paypal users and 3X the US population. Ant was on track to raise over $34B in its IPO, which would make it the largest ever. Then things went downhill. The IPO was suspended due to ambiguous regulatory concerns. The Shanghai stock exchange also hinted that the company might not meet its listing requirements after changes in the financial-tech regulatory environment. Jack Ma and co. are currently reviewing the regulations to take further steps.

According to the Wall Street Journal, Walmart has decided to discontinue their ambitious shelf tracking robots from their shop floors.  The company announced that it had ended its partnership with Bossa Nova Robotics, which it had worked with for five years to improve customer experience by using robots to assist shop staff and make their jobs easier. Walmart ended the partnership citing that it has found simpler solutions. Walmart’s attempts to automate inventory tracking didn’t turn out to be effective because pandemic forced customers to go online and the Walmart workers are free enough to keep track of aisles. That said, Walmart is also pursuing other options as the move towards simple, more effective solutions.

This week, Samsung Electronics held a 2-day online event– Samsung AI Forum 2020 on November 2nd and 3rd.The forum attracted world-renowned academics and industry experts on artificial intelligence (AI) and serves as a platform for exchanging ideas, insights and latest research findings, as well as a platform to discuss the future of AI. This 2 day event hosted a handful of top ML researchers like Turing Award recipient Yann Lecun who presented his latest model related to Self-Supervised Learning and highlighted his work on self-supervised learning and how it is similar to the way children experience and learn the world.