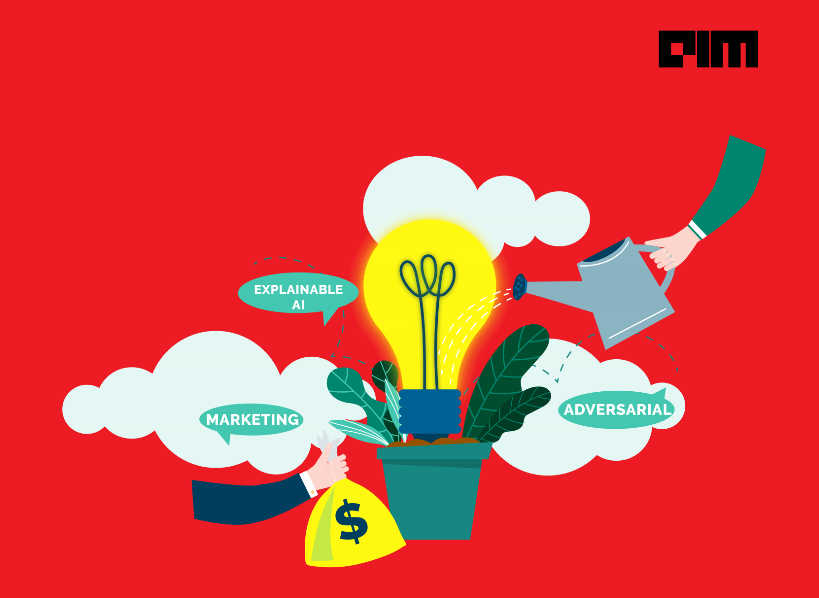 According to a report by Analytics India Magazine, the AI startup scene, especially in India, has continued to attract investment in 2019, receiving $762.5 Mn in funding, a 44% increase over the $530 Mn funding received in 2018.

Here are a few avenues that are still rich with opportunity and can accommodate AI-based solutions in 2020:

Computer vision has so far been the poster child of the ML revolution. Many research efforts have gone into making machines to identify images and videos better. Companies like Google and Apple have been developing and deploying models that make their flagship products capture photos better.

The development of these models has also exposed some of their deepest flaws, such as adversarial vulnerabilities. Adversarial attacks can be anything from an obstruction in front of the target object to a pixelated image. Anything out of the norm will break the model, and it is not desirable in case of medical diagnosis or self-driving cars.

Training models or protecting them from these attacks can be a great avenue to explore. A canadian company, Troj.AI is working specifically on this problem.

Music, Art And All Things Creative

AI as a creative assistant has been one of the greatest algorithmic leaps. Ever since GANs and their paintings became popular, the role of AI in venturing into creative fields got the limelight. For example, works such as Deepsing, translate audio to images.

It works by performing attributed-based music-to-image translation and synthesizes visual stories according to the sentiment expressed by songs.

The sentiment-aware generated images aim to induce the same feelings to the viewers, as the original song does, reinforcing the primary aim of music, i.e., communicating feelings.

From generating million-dollar paintings to recommending interior designs, models like GANs have made a huge breakthrough, and many startups have surfaced figuring out how to augment the creative process of humans.

Across the world, cashless and contactless payments have become hugely popular. They are being used in metros, trains and ferries. For example, major cities such as London, Vancouver and Sydney already boast of contactless card usage. With a slew of transit projects including metros coming up across the globe, countries like India too, with a very large customer base have started using contactless for a seamless payment experience while on the go.

The ease of transaction is a sticking factor in retaining a customer and payment methods need both securities such as fraud detection and speed, which is offered by modern-day algorithm based APIs.

With the explosive growth of connected devices, combined with a demand for privacy, low latency and huge bandwidth, the hardware used for training AI models needs to have that extra edge.

Companies like Google have released their 4th-gen TPUs and already announced their next-gen edge-TPU. Chip pioneers like Nvidia, too have introduced their advanced GPUs.

Though Intel and other big players are feeding over the recent spike in AI customised hardware, there is still a large room for new players. Today, over 100 companies are working on building next-generation chips and hardware architectures that would match the capabilities of algorithms.

These chips are capable of enabling deep learning applications on smartphones and other edge computing devices. Intel even ditched Nervana for recently acquired Habana. AI-based applications are diverse, and the demand for customised hardware will persist. New startups can either make it big with their innovations or lure the mammoths of the industry to acquire them.

Machine learning has got a bad rap over the years for its black box methodologies. Those who deployed algorithms are usually unaware of how these models came up with predictions. It didn’t matter in the beginning as they were accurate. However, with increased applications of AI in critical projects and the infamous bias debates surrounding AI, Explainable AI emerged out to be a new platform.

Startups like Fiddler Labs are already revolutionising explainable AI space with their solutions that are using SHAP, Integrated Gradients, along with its patent-pending techniques to demonstrate the ins and outs of ML-based predictions. The firm recently raised $10.2 Million as a part of Series-A funding as its superior solutions drew attention from various investors.

The community will be welcoming any startup idea that makes their job easy of shedding the infamous black box title of ML applications.

From soil monitoring to crop quality to livestock feeding, ML has been powering farming in a huge way.

To help food producers cope with the challenges ahead, India’s Bengaluru based startup Fasal is using image-based crop health analysis and Soil Nutrition analysis. When these products work, they will deliver a great amount of insights into additional factors that impact farming on a day to basis.

According to the SDG Goal 2: Zero Hunger, by 2050, the global population will be 9.8 billion. Getting food production to be as effective as possible is not only an economic challenge, it is also a worldwide urgency. So, leveraging AI to improve farming practices can generate plenty of startups on its own.

As per the report by AIM research, customer-centric businesses have picked up pace when it comes to implementing machine learning algorithms. From econometrics of markets to capture a wide range of customers, algorithms are helping the top companies to prepare for the future. The use of APIs that run on ML models in the background allows the companies to offer services with improved efficiency. For example, car insurance companies now require you to just upload the picture of the damaged vehicle through their app and get the cost calculated in real time. This is a typical case of monetising algorithms for real-time hassle-free service that cuts out the middleman.

Climate change is a, no pun intended, a hot topic both for politicians and scientists alike. The population is divided over this topic, and while the debate is still on, few researchers are patiently trying to solve or trying to identify the problem in this crisis using ML models. From predicting wildfires to volcanic eruptions to cyclones, ML models can assist in simulation and forecasting. Climate change has also got attention at the recently concluded NeurIPS 2019 where top scientists such as Bengio have voiced the need for AI-based solutions.

For instance, DeepMind has trained a neural network on widely available weather forecasts and historical turbine data to predict wind power output 36 hours ahead of actual generation. Based on these predictions, their model recommends how to make optimal hourly delivery commitments to the power grid a full day in advance.

The turn of this century witnessed a new form of intelligence — the augmentation of human idea with the computational powers of the machines. These machines have now become massive data-driven engines thanks to ever-improving machine learning algorithms.

Machine learning models like neural networks, ingest tonnes of data and churns out results without getting tired. These algorithms have enabled us to see the hidden correlations, which in turn have been exploited for building better models. From recommending designs for nuclear plants to soundtracks, AI has been leveraged in almost all fields.

As the startup fad slowly fades away thanks to debacles like those WeWork, the ones that stay are those that have figured out supply-demand voids, solve the hard problems, are game for the long run and are authentic. AI and its variants do fall under this category but are laden with overblown hype. The ideas listed above are one of the many that can kickstart a myriad of other applications and open up opportunities that no one has ever ventured.

How AI Is Leading The Global Fight Against Cancer

Top Twitter Accounts To Satiate Your AI Curiosity In 2020