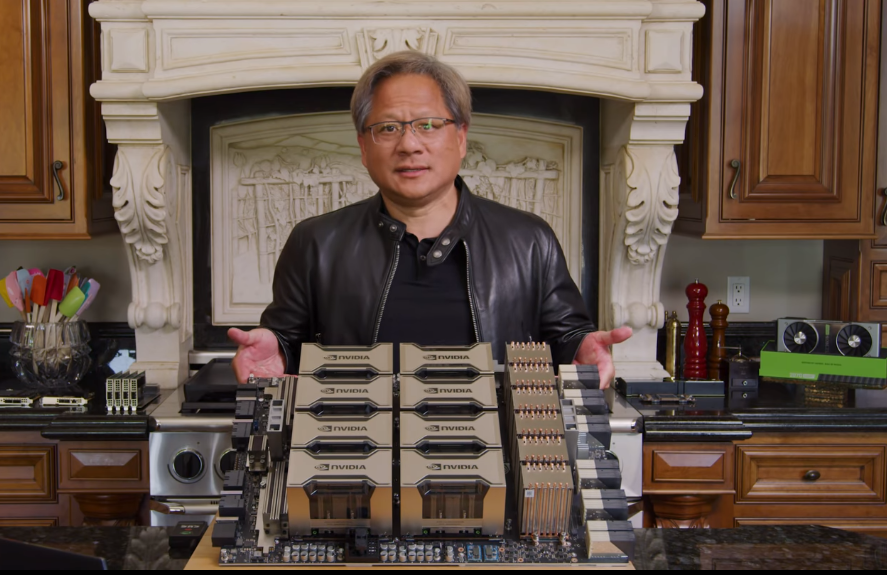 Recently, NVIDIA CEO and Co-Founder Jensen Huang introduced GPU-based NVIDIA A100. Huang made the announcement from the kitchen of his California home along with discussions on important new software technologies such as NVIDIA Jarvis and recent Mellanox acquisition. NVIDIA A100 is said to be the first GPU based on the NVIDIA Ampere architecture with 54 billion transistors.

The NVIDIA A100 Tensor Core GPU is said to deliver unprecedented acceleration at every scale for AI, data analytics, including high-performance computing (HPC) to tackle highly complex processing challenges.

NVIDIA A100 is part of the complete NVIDIA data centre solution that incorporates building blocks across hardware, networking, software, libraries, and optimised AI models and applications from NGC, which is the hub for GPU-optimised software for deep learning, machine learning, and high-performance computing (HPC).

This AI chip is represented as the most powerful end-to-end AI and HPC platform for data centres that allows the researchers to deliver real-world results and deploy solutions into production at scale.

According to a blog post, this chip draws on design breakthroughs in the NVIDIA Ampere architecture — offering the company’s largest leap in performance to date within its eight generations of GPUs — to unify AI training, inference, and boost performance by up to 20x over its predecessors.

Huang stated, “The powerful trends of cloud computing and AI are driving a tectonic shift in data centre designs so that what was once a sea of CPU-only servers is now GPU-accelerated computing.” He added, “NVIDIA A100 GPU is a 20x AI performance leap and an end-to-end machine learning accelerator — from data analytics to training and inference. For the first time, scale-up and scale-out workloads can be accelerated on one platform. NVIDIA A100 will simultaneously boost throughput and drive down the cost of data centres.”

Among the early adopters of this chip, tech giant Microsoft will be the first one to use the power of NVIDIA A100 GPUs. Mikhail Parakhin, corporate vice president at Microsoft, stated, “We will train dramatically bigger AI models using thousands of NVIDIA’s new generation of A100 GPUs in Azure at scale to push the state-of-the-art on language, speech, vision and multi-modality.”